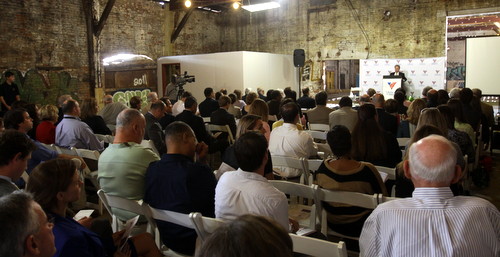 More than 120 people attend the groundbreaking ceremony for the redevelopment of the Centennial Cotton Press and Lykes Steamship building on Tchoupitoulas. (Robert Morris, UptownMessenger.com) 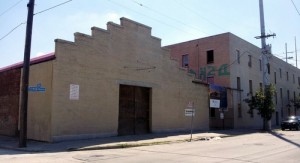 A former cotton press on Tchoupitoulas dating back more than 100 years is slated to become a kitchen cooking fresh, healthy meals for local schools next year, with office space in front and 52 apartments next door as part of a riverfront development just blocks away from the former Entergy power plant.

The complex in the 1700 block of Tchoupitoulas includes the Centennial Cotton Press, built between 1885 and 1895, and the Lykes Steamship office building, built in 1949. The old press will house the Fresh and Healthy Kitchen and office space, and the office building will become workforce housing in a renovation by the Volunteers of America Greater New Orleans that is intended to accomplish a number of goals: creating new jobs and job training opportunities, providing workforce housing, improving nutrition for children and preserving a historic structure.

“This is not just worthwhile, but one of the best things we’ve ever done,” said Volunteers of America board chair Tom Grace in a groundbreaking ceremony Tuesday morning attended by more than 120 people. “This project really is a multiplicity of projects.” 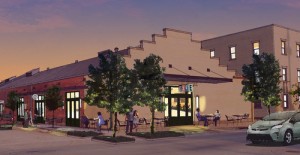 A rendering of the buildings after renovation.

The kitchen will employ more than 125 participants in a job-training program to make meals and snacks from fresh food that will be served under contract to local schools, the officials said. Meanwhile, the apartment building will house 52 studio, one- and two-bedroom apartments marketed to local residents. The building itself will be energy efficient, said architect John Williams, as will the entire concept of housing people within walking distance of their work.

The $18.5 million project has been in development since 2007, said Al Shehadi of Enterprise Community Investment, and several speakers at the groundbreaking noted the long and difficult process of securing financing for the project.

“This project ran into every pothole in the road that a project of this complexity could run into,” Shehadi said. “Many times, I was convinced that one of the great organizations represented here today was going to throw in the towel and say, ‘That’s one pothole too many.'”

Central to the project was the federal New Markets Tax Credit program, which has been allowed to expire during the budget battles in Washington, D.C., Shehadi said. In order to see more projects like the Centennial Press redevelopment, Shehadi said, supporters should contact their Congressmen to advocate that the program be restored in whatever budget deal emerges after the election.

The renovation is expected to be complete next year. For more details on it, see the complete news release, and for the history of the block, see a report hosted by the Louisiana Department of Culture Recreation and Tourism. 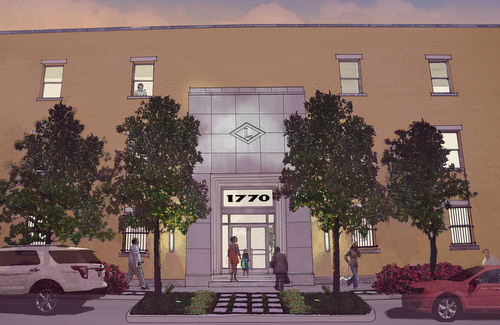 A rendering of the apartment building slated for the former Lykes Steamship offices. 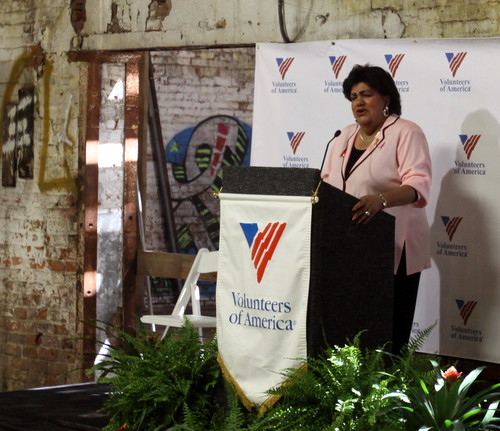 City Councilwoman Diana Bajoie describes the change sweeping the riverfront of the Lower Garden District in the years since she served the area as state senator. The buildings slated for renovation are only about a block from the site of the former Entergy power plant that is also planned for a substantial redevelopment. (Robert Morris, UptownMessenger.com) 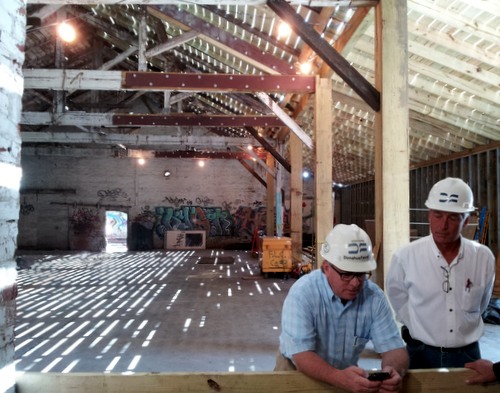 Contractors from DonahueFavret chat after the ceremony. David Dupre, at left, said workers found old wood-and-steel handtrucks in the building that may have once been used to haul cotton in the century-old building. (Robert Morris, UptownMessenger.com) 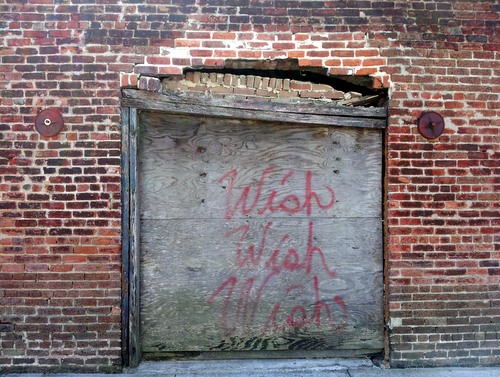