After a robbery attempt early Tuesday evening on Washington Avenue near Camp Street, investigators arrested a man moments later who was identified by the victim, police said.

A man was walking home from work just before 6 p.m. in the 1200 block of Washington when he was approached by stranger who demanded his money, according to a police report. The victim ran away, yelling for help, and his attacker jumped into a silver Impala, police said.

Minutes later, members of an NOPD Sixth District Task force patrolling the Irish Channel stopped a silver Impala at Chippewa and Soraparu and saw a passenger, 20-year-old Willie McEleven, who fit the description of the robber, police said. The victim was able to identify McEleven, and he was arrested on a charge of attempted simple robbery.

If convicted on the attempted simple robbery charge, McEleven faces up to three and a half years in prison and up to $1,500 in fines, according to state statutes. 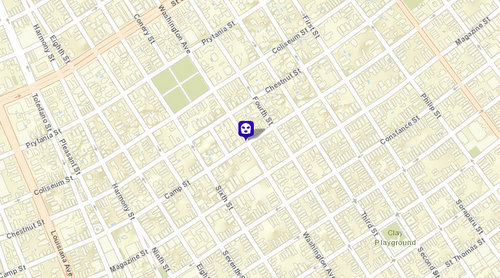 Location of Tuesday night’s robbery attempt, shown by the blue marker. The suspect was arrested at Soraparu and Chippewa, in the lower right corner of the map. (map via NOPD.com)