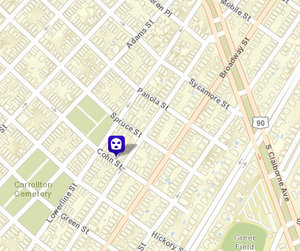 The driver was sitting in his vehicle in the 7300 block of Cohn shortly before 10 p.m. Saturday when a man with a shirt covering his face walked up with a black semi-automatic handgun, according to a news alert from Tulane University Police. When he realized the driver had no money, the gunman and a lookout wearing a black ski mask and red-and-white baseball cap both ran off in different direction, the alert states.