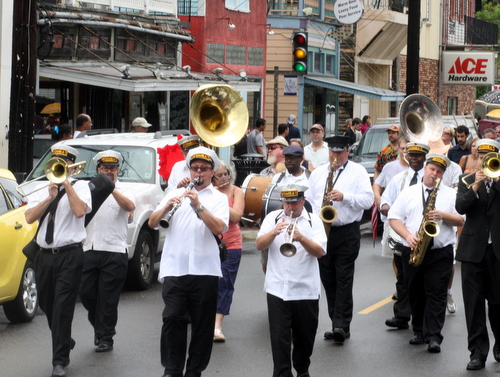 Members of numerous area bands — the Treme Brass Band, the Storyville Stompers and Bone Tone brass band — lead a second-line parade down Oak Street on Saturday afternoon in memory of their friend, Charlie Nash, who died in an apartment fire in late June. (Robert Morris, UptownMessenger.com) 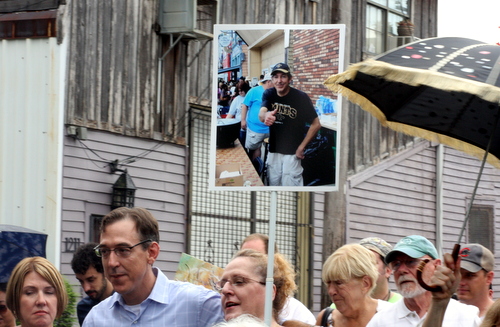 A photo of Charlie Nash is carried aloft by Bonnie Delconte, a close friend, flanked by Nash’s sister Elizabeth MacGeachy and brother Chris Nash on the left, and mother Marilyn Nash and her friend Nelson Thompson on the right. His siblings both live in Chicago, and his mother and Thompson live in Minnesota, but the family is originally from Wisconsin. (Robert Morris, UptownMessenger.com) 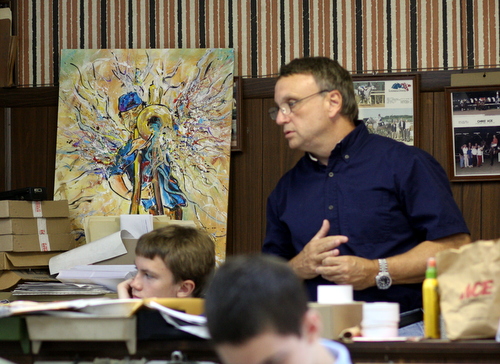 A portrait of Charlie Nash painted by Oak Street artist Frenchy hangs on the wall of Ace Hardware, where Nash worked for 14 years, behind store owner Bruce Foret and his son, Joey, as they watch the crowd assemble for the second line. (Robert Morris, UptownMessenger.com) 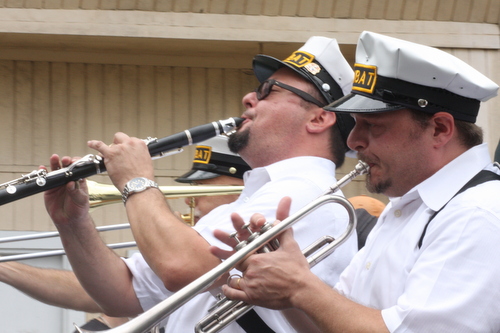 Chris Kohl of The Hot Club of New Orleans plays the clarinet in the band leading the second line for Charlie Nash. Kohl handed out hats to the band members reading “Wombat,” for Nash’s nickname. “This is just a one-time thing for everyone who loved and knew and respected him,” Kohl said. “This is just to pay homage to Charlie’s memory.” 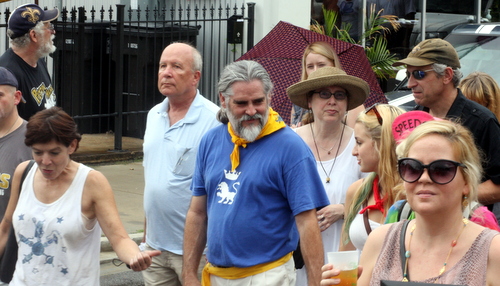 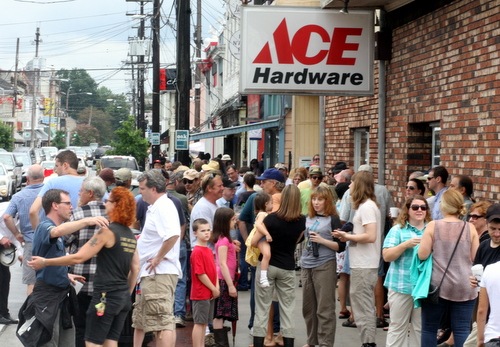 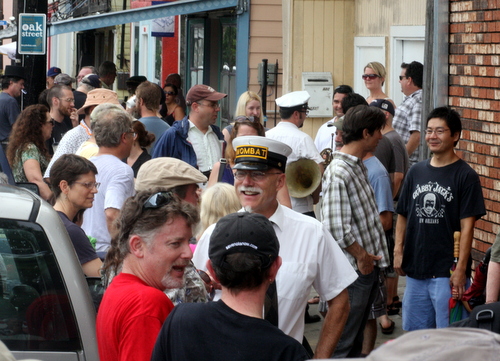