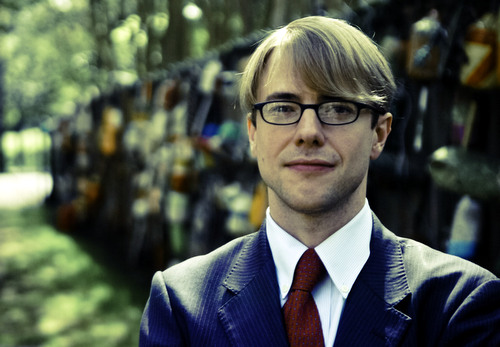 As the residents of District B wait to learn whom Mayor Mitch Landrieu will appoint to represent them until a special election in November, the man who has been running the office unofficially for the last month is “strongly considering” his own bid for the seat in the fall.

Eric Strachan, who has served as Stacy Head’s chief of staff since last fall and remained in the District B office after her swearing-in to the At-Large seat in early May, said he had initially planned to announce a run for the remainder of her term after Errol George’s interim nomination was approved by the rest of the council. After two council members’ boycott of several meetings placed the selection into the Landrieu’s hands, however, Strachan said he is now awaiting the end of that process before finalizing his plans.

“I’m pretty well there,” Strachan said in a phone interview Monday morning. “I’m waiting to see where everything stands, because if I get in, I’m going to get in to win.”

Strachan began work at City Hall in 2007. After volunteering for Jackie Clarkson’s special-election campaign, she hired him as her constituent affairs and special-projects staffer, and later promoted him to legislative director during the Master Plan process. After her re-election, Strachan briefly left City Hall until August of last year, when Head recruited him as her chief of staff. Head is well known for making a priority of quick response to quality-of-life issues, so Strachan said he had “big shoes to fill.”

When Head moved into her new At-Large council seat in early May, Strachan stayed behind with a staffer for former interim Councilman Eric Granderson to run the District B office. The delay in naming a successor to Head has meant that job has gone on for more than a month now, and Strachan said it has mostly centered on those same constituent service issues — dealing with potholes, street lights and other issues — but that anything that requires an actual City Council member has been put on hold.

“We cannot deal with special event permits. Land use is at a standstill,” Strachan said. “Anything that needs an official signature is by the wayside.”

If elected, Strachan said he would largely continue the program instituted by Head. For example, one of his assignments from a policy standpoint was researching issues with the Sewerage and Water Board amid that agency’s request for massive rate increases, and Strachan’s thoughts on the issue mirror Head’s critical approach.

“If they’re going to be asking for a double increase, then they need to get their own house in order,” Strachan said.

Similarly, Strachan voiced support for the interim zoning district that will require Tulane to submit its plans for a new on-campus stadium to review before the city council.

“I agree with the majority of the council that voted for IZD that the neighborhood needs to have representation in the process,” Strachan said.

Among other issues, Strachan said that “public safety has to be first and foremost topic of discussion.” He lives just down the street from one of the most persistently violent single blocks in all of Uptown — the 3800 block of Annunciation — and while he said the city council’s power to change law-enforcement practices is limited, he would support Head’s call for a complete audit of the NOPD to determine the optimal levels of staffing, equipment and technology.

On another issue closely associated with Head, fighting blight and promoting urban renewal, Strachan takes inspiration from his family. His parents, Camille and the late Duncan Strachan, were founding members of the Coliseum Square Association in the early 1970s, and personally renovated a number of tenement houses back into single-family homes. The association’s efforts ultimately prevented the construction of bridge roads that would have demolished large sections of the Lower Garden District, and further led to the removal of an overpass on-ramp on Camp Street that was degrading the neighborhood there.

“I kind of see myself as following in their footsteps, using preservation as tool for economic development and for healthy urban living,” Strachan said.

Finally, Strachan said he would like to restore technology and innovation to the forefront of the discussion of improving the city, especially as New Orleans continues to attract young entrepreneurs.

“Nagin gave the whole technological front a bad name, but I think we can’t be afraid of past failures in moving forward,” Strachan said.

Strachan’s candidacy raises the question of Head’s support. Her advisers have said she is likely to join the BOLD political organization in supporting Broadmoor neighborhood leader LaToya Cantrell for the seat, Frank Donze of The Times-Picayune wrote after Head’s election in April. Strachan said he has shared his plans with Head, but that she hasn’t yet told him whom she plans to support.

One other potential candidate, juvenile justice advocate Dana Kaplan, has said publicly that she is considering a run as well. The election is expected to be on the Nov. 6 presidential election ballot.