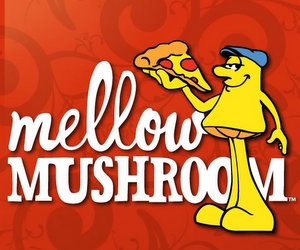 Mellow Mushroom, the psychedelic-themed chain of pizza restaurants prevalent in college towns across the Southeast, is negotiating to open a new location on Oak Street by fall, three local investors told the neighborhood Thursday night.

James Son, one of the three co-owners of the proposed restaurant, said they have a two-story building at the corner of Dante Street under contract. The restaurant would be a complete renovation of the yoga studio currently there and would use both floors for seating of 120 people or so. Their primary customer base, Son said, is young families looking for an affordable, full-service sit-down meal — the same families who are settling around the schools in the Carrollton area.

“The demographic that would work well for us as a business and a restaurant is happening in this neighborhood,” Son said.

Mellow Mushroom has about 100 locations already — including restaurants in Covington, Baton Rouge, Hattiesburg and Ocean Springs — but Son said that the company gives local owners tremendous flexibility. The renovation is being designed by noted New Orleans architect John Williams, for example, and the restaurant’s other two owners, Austin Kent and Elizabeth Roach, are graduates of Savannah College of Art and Design who say they look forward to incorporating the creative spirit of Oak Street in the restaurant’s design.

Once it opens, Mellow Mushroom will have local suppliers with local ingredients, a local pastry shop catering desserts and a local chef creating a special menu for the Oak Street location, Son said.

“Each restaurant caters to the community. … That’s the beauty of Mellow Mushroom,” said Son, a Newman graduate. “They have a strong basis, and we can add our own twist to it.”

The building’s current zoning allows for a restaurant, and it has more than enough parking spaces grandfathered in, so all the project needs to move forward is city permission to sell alcoholic beverages, Son told members of the Carrollton-Riverbend Neighborhood Association. The group has signed good-neighbor agreements with other new restaurants — which largely lay out provisions such as midnight closing times and no go-cups intended to prevent the restaurants from becoming bars over time — and the three Mellow Mushroom co-owners said they have seen those and are fine with all the provisions.

Association member Jerry Speir, however, took exception to the idea that the building has ample parking for a restaurant, and asked Son to forward him the city’s analysis on that point.

“I would be surprised if a parking variance is not required to change that building from its current use to a restaurant,” Speir said.

The restaurant’s proprietors believe, however, that the impact on parking will be minimal. Most participants in yoga classes who drive come separately, they said, whereas the same car coming to their restaurant would carry multiple customers. In other words, the same number of vehicles will bring more people.

One other point of discussion was over the investors’ desire to have unamplified live music inside the restaurant, which requires a separate permit. Amid the neighbors’ concerns about the restaurant becoming another performance venue, the prospective owners sought to reassure them that the music would remain secondary to the food.

“At the end of the day, pizza is what drives the business. Pizza’s going to keep us going,” said Roach. “We’re definitely trying to be as considerate as possible. We’re not looking to be a loud, rowdy place with sound spilling out. … We want to add to, not subtract from, this great street.”

The association members said they will continue moving forward with the details of the good neighbor agreement over the next month. Meanwhile, the restaurant investors said they will begin filing their applications with the city, and hope to be open by October to coincide with football season.

Neighborhood school | The Carrollton-Riverbend Neighborhood Association’s education committee is continuing its work on a new charter application for the Johnson school, said association president Anne Nicolay. The Recovery School District direct-run school has made steady gains in its performance in recent years, but as the system makes a transition to charter schools, the neighborhood hopes to participate in its governance.

“At one point, we had thought of asking for a charter for a brand new school, but RSD is really seeking charters for all the schools,” Nicolay said. “There won’t be room for two schools in the neighborhood.”

The committee is meeting weekly to work on the application, and recently met with Johnson principal Wanda Brooks. The neighborhood still favors a move from the current Johnson campus to the more prominent site of the former Priestly school on Leonidas, but the status of the RSD feasibility study on that request remains unknown, Nicolay said.

Annual meeting | The Carrollton-Riverbend Neighborhood Association will have its annual meeting on May 22. Among the presentations will be a discussion of the AARP’s neighborhood-revitalization programs in Hollygrove, presentation from city Sewarage and Water Board officials, and updates on neighborhood watch and block captain efforts.