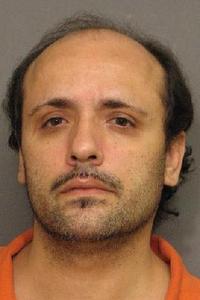 Investigators have identified the man whose alleged attempt to pass a counterfeit bill at a university-area liquor store led to a shootout in the parking lot last month, authorities said.

Luis Diaz, 37, has been identified as the man who came into Elio’s Wine Warehouse just off South Claiborne shortly after noon Feb. 27 and tried to pay with a fake $50 bill, according to an NOPD news release. Store employees deemed the bill to be a fake, but when a manager tried to call police, Diaz grabbed the phone from his hand and made for a white car waiting in the parking lot, the release states.

The Elio’s manager followed Diaz outside with a gun, and Felipe’s employees came outside to try to stop Diaz from leaving. Diaz managed to get into the car, however, and the unidentified female driver began pulling out of the parking lot, dragging one of the Felipe’s employees a short distance before he fell to the ground, police said. As the car fled, the manager of Elio’s fired several gunshots at it. Police do not know whether anyone in the car was hit, but the Felipe’s employee was treated for minor injuries.

Surveillance cameras documented the incident and, after a followup investigation by Detective Jerry Baldwin, Diaz is now wanted for simple robbery in connection with the phone he took, police said. Anyone with information is asked to call CrimeStoppers at 822-1111 to leave an anonymous tip that could be eligible for up a cash reward of up to $2,500.