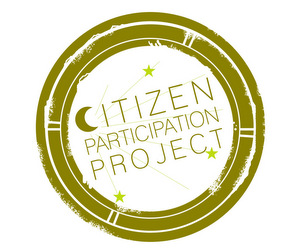 In two recent columns, the Uptown Messenger has explored the situations with the Magazine Street Pilates Studio and the proposed new security district, and how in each case outcomes might have been very different if we had a Citizen Participation Program (CPP) in New Orleans.

Consequently, a number of people have asked about the status of the New Orleans CPP, and how close we are to getting one adopted and implemented by city government.  What follows is a brief recap of the process to date as well as the current status of the project.

The original call for a citizen participation program in New Orleans came in 1992, in the New Century New Orleans document.  Post-Katrina, the Unified New Orleans Plan (UNOP) document contained a clarion call for a New Orleans CPP.  The November 2008 amendment to the City Charter mandated “an organized system for neighborhood participation”, and the Master Plan as adopted in July 2010 has an entire chapter on Citizen Participation.

In September 2010, the Committee for a Better New Orleans submitted a draft CPP model, designed by about 160 New Orleans residents over a three-year period, to the City Planning Commission.  The next month, the City Council passed a resolution directing the Planning Commission to take the model and other work submitted to it, do whatever additional research it felt necessary, conduct a final round of public meetings, and submit a final version to the Council for approval in summer 2011.

Over a period of many months, NEO worked on several versions of a methodology for what the city was now calling a Neighborhood Participation Plan (NPP).  The final scope for at least the next stages of the work plan focused strictly on internal policies and procedures for city agencies and departments to work with citizen input.

In October 2011, NEO conducted a series of three semi-public meetings.  Attendance was low, and declined from each meeting to the next.  At the end of the three meetings, NEO Director Lucas Diaz prepared a draft NPP, which he circulated to meeting participants and others.  After making revisions based on the comments received, Mr. Diaz submitted a final version to the mayor before the end of the year.

Also at the end of year, the City Planning Commission held a public meeting to get preliminary input on its own NPP, which again is focused primarily on establishing internal procedures for the CPC to inform the community about land use and zoning issues and to use the input it receives in return.  CPC is currently working on a draft plan, which should be released in the next few weeks.  This will be followed by a public comment meeting (keep reading the Uptown Messenger for information about this meeting!).

It should be emphasized that creating these policies and procedures for city hall to work with community input is a valuable piece of the overall puzzle.  Certainly creating a culture and practice within city government of including such input is a vital component of creating a strong CPP.

At the same time, doing the internal piece without the external piece accomplishes little in terms of helping neighborhoods deal with qualit-of-life issues.  It is not unlike building a tennis court, but not putting up a net or providing racquets and tennis balls.

While neither the Planning Commission nor the Neighborhood Engagement Office is currently working on the external CPP, there are a few encouraging signs.  NEO Director Diaz has been asked by both the NORD Commission and the NOPD to put together community input structures for them, and in both cases, he is proposing structures that have a lot in common with the CPP model submitted to the city back in 2010.  These provide interesting opportunities to demonstrate the value of a strong CPP to both city government and the community, and we hope that in each case the structures do move forward in a way empowers meaningful citizen input.

While the citizen volunteers who assembled the CPP model are understandably frustrated with the pace, many of us involved with this work remain optimistic that we can get this vital piece of civic infrastructure across the finish line not too far into the future.  Mayor Landrieu continues to state his support for civic engagement on a broad level, so perhaps clear signs of support in the community for the CPP can bring him on board with this specific civic engagement tool.

City Council members also remain supportive of a meaningful external structure for citizen input, and it always helps when individual residents voice their support to their Council members and other city officials.  Community participation in the Planning Commission’s public meeting on its NPP will also be important.

As described in the earlier Uptown Messenger articles, a CPP in New Orleans will benefit residents, neighborhoods, businesses and the city.  As with any other public policy and infrastructure, it is incumbent on those of us who will benefit from it to continue to push it forward. Please contact me if you are interested in learning more about the New Orleans CPP or if you want us to make a presentation to your group.

5 thoughts on “Guest column: Why we don’t have a Citizen Participation Program”