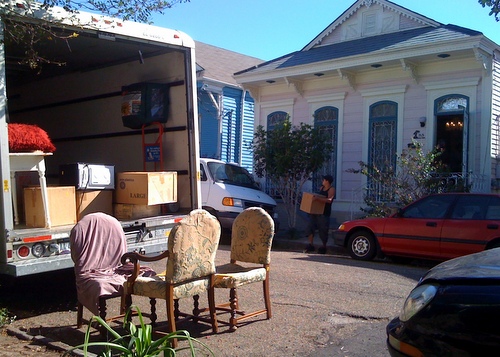 Move out day for a double shotgun in the Bywater. (Jean-Paul Villere for UptownMessenger.com)

Being in real estate, I respond to inquiries about moving to New Orleans almost every day.  Some are here presently and somewhat homeless while some won’t be here till Fall.  The average inquiry looks like someone new to the area, and excitedly shopping for May or June, because of a new job in queue.  The hardest to manage are the parental inquiries seeking accommodations for their barely out of the house undergrad child and their three “closest” friends.  Sigh.  Really?  Sounds like a thankless journey, that one.  Do you know how hard it is to get a 19-year-old and – or even 24-year-old – and their friends du jour to show up to an appointment at the same time?  Much less get them to agree on anything.  Who gets the biggest room?  Who gets which bathroom and who will they share it with?  It’s messy and overly time-consuming at best.

Between GE’s recent announcement of job creation and the unprecedented boom in the film industry, new occupancy in New Orleans may be at an all time high.  Don’t forget that same 19-to-24 old set that have consistently set the bar higher for incoming freshman attendance.  Yes, universities have built more and more housing but perhaps not enough, given the ever-increasing academic need.  Various neighborhoods seem to be more and more priced out.  Not so long ago, Marigny equalled affordable.  Irish Channel too.  And this goes for rents and sales as well.  Once an area gets a pulse, the build-it-and-they-will-come mentality follows.  And you don’t even need a real grocery either.  Helllloooooo Bywater!  And just look at the Freret corridor.  No one would have ever thought this little street would be doing what it’s doing today, at least in the amount of time it has.

New Orleans possesses a relatively diverse smattering of neighborhoods as many major American cities do.  Only we’re not so major nor so American; our population still stays well below half a million, plus we don’t reside in counties, do we?  We remain relatively petite and (somewhat) under Napoleonic Code.  So, true to the evolution of anything and everything solutions are found and so it goes with housing.  Neighborhoods where you can still affordably rent or buy in without too much fuss include Pigeontown, Treme, and The New Marigny.  Central City, Hollygrove, and Gert Town too are all seeing reinterest and new growth.  As such in moving to New Orleans there comes a learning curve.  Most are shocked at how far their housing dollar will (or in this case won’t) go compared to other cities like Dallas, Philly, or Chicago.  Then there’s the diversity of our city blocks which often require a primer unto themselves.

The checkerboard effect!  House by house, block by block, flooded or not, blight, renovation, and new construction.  The only consistency to our neighborhoods stands out in the simple woven texture of all these features, like an architectural gumbo.  And hold your breath for off street parking.  Most of the housing stock in New Orleans predates the invention of the automobile.  Ditto on closets, a lovely 20th century luxury few Americans can live without today.  So please appreciate we have what we have.  You want new construction apartment complexes with parking lots?  Elmwood, Metairie, and Kenner are due west.  And if you choose that, then you may as well save a buck or two and shoot a little further down the road for Laplace or Gonzales.  But keep in mind what you don’t spend on housing you’ll be spending on gas not to mention commute time.  No thanks.

All told in my two decades here, I have moved 10 times (not including the 3 times for the three years we were away while grad schooling), and many locals would argue that number amateurishly low in quantity.  A different apartment each year of undergrad apart from my first year on campus in the dorm.  One more lease after that before investing in our first home.  You see, my wife and I bought our first home together before we were married and at the ripe old age of 23.  It made sense, and many do it but clearly like marriage or parenthood it isn’t for everyone.  Where we are now for the last 5 years we are done and never moving again.  All the things that make New Orleans for us gel in our present home.  Apart from off-street parking, yard, and 100+ year-old space, being close to the streetcar, the Uptown parade routes, and overall walkability keep us put.  And our neighbors.  We really do love them.  Really.

So when you move here, be mindful.  Among other fun facts like being mostly below sea level or learning how to doll out one’s weekend according what time of year it is and what festival is on tap, there’s the slightly invasive – we say polite – greeting of “How you doin’?” paired with eye contact that you really need to embrace.  Like shotgun floorplans and red beans on Monday, some things are non-negotiable.  Also, unless you’ve visited enough to already know the city, if you are just moving here and plan to be here long term, renting a bit in order to determine where one’s preferences lie supercedes buying outright (though advisably buying and buying well will build your future wealth faster).  However you find your dwelling needs being met I encourage you to engage our fair city with ease and respect.  If my experiences are any indicator it will likely be met in return. 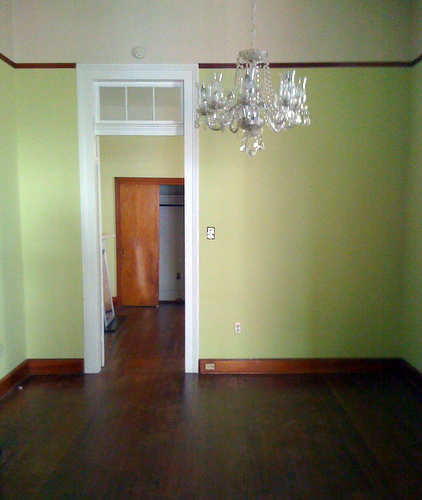 Traditional shotguns connect room-to-room-to-room without the feature of a hallway which, while ordinary in New Orleans, frequently frustrates newcomers with roommates seeking privacy. (Jean-Paul Villere for UptownMessenger.com) 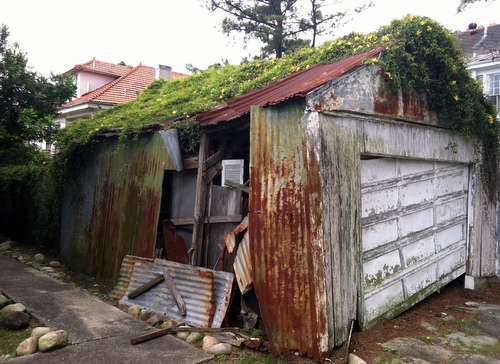 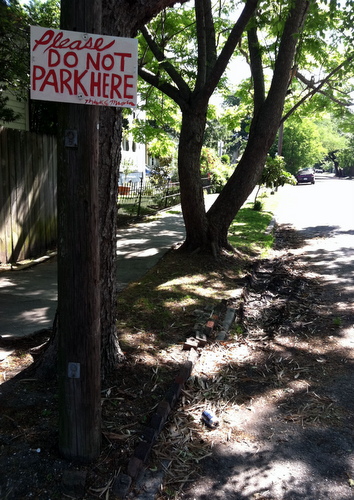 While off-street parking is a premium in New Orleans, some residents post signs requesting unrestricted on-street space be reserved. (Jean-Paul Villere for UptownMessenger.com)

Want to talk more? I’ll be discussing these issues at two upcoming events:

Hope to see you there.