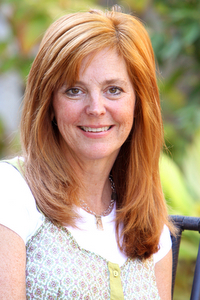 Louisiana State University health division has announced that one of the best ways to trim their ever-growing budget woes is to eliminate 39 psychiatric beds dedicated to taking care of our most vulnerable, indigent, mentally ill that live in our midst. The LSU top brass concede that they worry about the ramifications of this decision, as they should. For almost three years post-Katrina, when virtually no psychiatric beds were available, the suicide rate surpassed three times the national average.

Just Uptown alone, several notable, horrific crimes occurred involving a person with untreated mental illness. NOPD Officer Nicola Cotton was brutally killed by a man with paranoid schizophrenia. Another man well known to the mental health community was killed by NOPD officers while waving a knife on St. Charles Avenue, and another individual with mental illness killed his niece and nephew. One man killed his mother and father in their home and another grabbed a metal chair and slammed it into the head of his 57-year-old housemate because lyrics from a song told him to do so.

Mental illness falls along a spectrum that requires various degrees of intervention. LSU interim hospital, three years post-Katrina, finally provided a few of those greatly needed beds for the chronically mentally ill who require a greater level of care than those provided by community-based programs. They were able to provide detoxification beds for the lucky 20 able to secure one, a safe place in the emergency room trailer until a doctor could adequately triage and discharge them into a program, and perhaps providing at their DePaul campus a bed in a longer term facility to get stabilization. I have been told that all the beds being eliminated are beds that were filled over 90 percent of the time, so these beds have not been lying unused. They are necessary for the mental health population, and the pending closures of these few coveted beds is going to once again exhaust family members, crowd emergency rooms and tax the limited mental health resources in the community. Tell me, isn’t this a bit insane?

Our city has recently spent a great deal of money and resources assisting LSU in preparing for their mega-medical complex that is reportedly going to be a “state of the art” medical center. The LSU system historically provides two main components that are crucial to our cities’ public safety concerns, trauma and mental health, both of which are unique to this system and set it apart from other health facilities in our area. We as citizens of this city and financial supporters of LSU through our tax dollars should be enraged by this decision. Hopefully our city leaders, who apparently believe the same, will be able to force a turn of hand on this decision.

As crime takes hold of our precious city, one we have all worked hard to preserve, we need total support from our health and judicial systems to work in conjunction with one another to combat this horrible trend. Mental health and substance abuse issues tend to walk hand in hand with some of our most horrific crimes, so if anything, LSU should be announcing an expansion — not elimination.

This decision puts at risk an infrastructure of wellness that is already fragile, so I say, let’s all join together to stop the madness by stopping the closures of these programs. Please, call your city council and state representatives and let them know your displeasure in this decision. By doing so you can be a part of preserving beds that are crucial to our city and to our chronically mentally ill who are too sick to be their own voice.