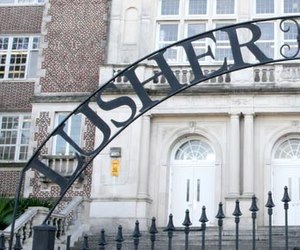 The budget for repairs to major structural issues at Lusher Charter School’s two campuses has been reduced by more than $7 million from what was originally planned, based on an Orleans Parish School Board vote on Tuesday, leaving officials wondering how the cuts will affect the scope of the renovations.

What was touted as the final plan for distributing a $2 billion settlement from FEMA for school construction and repairs in October allocated nearly $18.8 million to repairs at Lusher’s Fortier campus and nearly $4.8 million to the Willow Street campus, figures that drew praise and gratitude from Lusher officials when they were announced. The money was intended to repair problems such as roof and window leaks that were causing continued deterioration to both buildings, bringing them to a citywide standard of “warm, safe and dry.”

On Tuesday, as the Orleans Parish School Board voted to budget money for those repairs to its schools around the city, the numbers listed for Lusher’s two schools were dramatically different: $13.9 million at Fortier, and $2.4 million for Willow. The difference drew the attention of OPSB member Woody Koppel, who questioned why the changes were made.

“There was a number associated with them,” Koppel said of the two campuses. “I’m trying to figure out why that numbers has changed.”

Herman Tate, director of operations for Orleans Parish School Board, said the new figures were decided upon after architects conducted a preliminary evaluation of the site, and items that did not qualify as structural repairs were removed. “We took out what we regarded as maintenance items,” Tate said.

“Damage to the walls and ceilings because of roof leaks are not maintenance items,” Koppel replied. “I’m concerned about the scope of work. Is the building going to be made warm, safe and dry?”

Yes, answered Tate, adding that a draft specifying the planned repairs will be made available by the next board meeting.

After the meeting, Koppel said he wasn’t sure which requests for repairs at Lusher had been scrapped from the plan, but said his questioning was intended to ensure that the money that is allocated will be sufficient to meet Lusher’s needs.

“It doesn’t matter how much is spent, as long as the scope hasn’t changed,” Koppel said.

Lusher CEO Kathy Riedlinger said she remained concerned about the change, and planned to investigate it more fully immediately.

“It doesn’t seem quite feasible,” Riedlinger said. “I don’t know how we get that much work done for $13 million.”

Other OPSB schools on the list, such as the new Lake Forest elementary, Mary Bethune, Warren Easton, Nelson Elementary, and Benjamin Franklin High School, were kept roughly or exactly the same as their master plan recommendations, and Audubon Charter’s temporary campus was slated for $2.5 million in repairs that were not previously scheduled.

Also on Tuesday, Thomas Robichaux was chosen as the new chair of the Orleans Parish School Board and Lourdes Moran was selected as vice chair after several rounds of voting.

The votes were cast silently on ballots that were tallied and then read by the board attorney, but individual board members’ choices were not read aloud. School board staff said that the ballots were not being cast in secret (which is prohibited by state open-meetings law), however, and promised to make them available to anyone who asked.

The ballots from the final round, signed by each board member, showed that Robichaux was supported by himself, Moran, Koppel and Seth Bloom. Cynthia Cade, the other contender for board chair, was supported by herself, Ira Thomas and Brett Bonin.