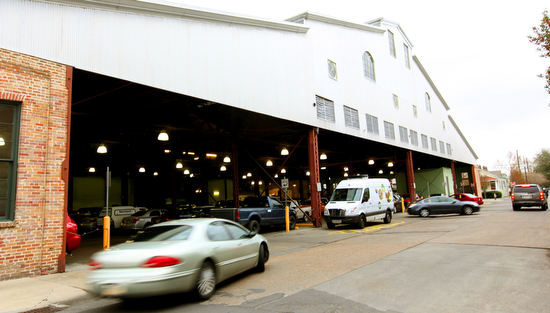 The crowded parking conditions around Whole Foods in Uptown New Orleans has had many neighbors and customers up in arms, but one man got so mad last week that he literally pulled a gun, police said.

A Whole Foods customer met his wife at the grocery for lunch Jan. 11, then walked her back to her car in the parking lot afterward, according to an NOPD report. As he started toward his own car, he was confronted by a white man with salt-and-pepper hair, wearing a gray T-shirt and blue jeans, who was very angry about his parking job, accusing him of parking over the yellow line marking his space, the report states.

The victim tried to get in his own car and drive away, but the angry man got into his own truck, a silver Ford F150 pickup, and blocked him in, the report states. The victim then saw the truck’s driver lean into the floor area and emerge from the pickup with a small blue-steel revolver partially concealed in a Crown Royal bag, the report states. The man with the gun asked if the victim wanted to get shot, and then left, police said.

The suspect has not been identified, and police are hoping to find video surveillance of the area that might show him or his vehicle. Anyone with information should call Second District detectives at 658-6020.

No employees were in the parking lot at the time, but Whole Foods is sharing all the information they have with police and cooperating with the investigation, said Kristina Bradford, a Whole Foods spokeswoman.