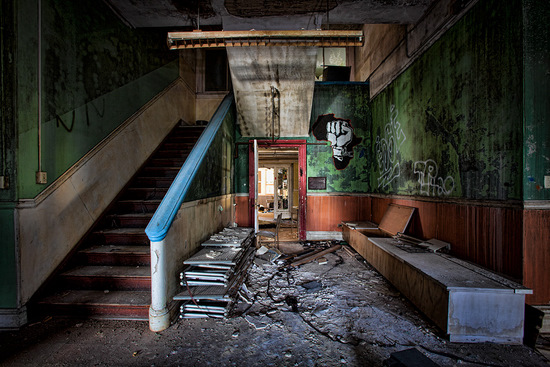 In November, after months of negotiations with Orleans Parish School Board, developer Jim MacPhaille finally completed his purchase of the century-old LaSalle school on Perrier Street.

Later that month, MacPhaille met again with neighbors to the property, who have been enthusiastic about his latest plans to redevelop the building into a handful of spacious condos.

Then, sometime over the holidays, a crew of professional thieves showed up and stole what MacPhaille estimates as $100,000 worth of copper out of the building. 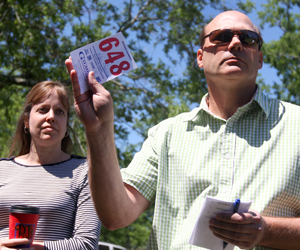 MacPhaille, who attended school at LaSalle himself, originally won the building at an Orleans Parish School Board property auction on a last-minute bid of just under $2.5 million in April. He hadn’t actually planned on buying it when he went, he said later; the decision was based primarily on he and his wife’s desire to “save the building.”

“I wanted to go there and see what happened,” MacPhaille would later say of the auction. “I just got kind of emotional, because I did go to school there with some of my neighbors.”

Complications with the title, however, meant months of legal work for attorneys before he could close on the purchase in November. And a nearby project, construction of apartments overlooking Audubon Park, had just completed, allowing him to focus on LaSalle.

“Now the party begins,” MacPhaille said in an interview shortly after the sale finalized. “It’s going to be an exciting project.”

In addition to his sentimental attachment to the building, its solid, classic construction appealed to MacPhaille.

“It’s bulletproof, like those old warehouses downtown. They were built right, and strong,” MacPhaille said. “It’s going to be there for a long time.” 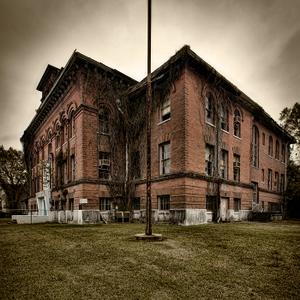 MacPhaille had been meeting regularly with members of the Upper Hurstville Residents Association, who viewed MacPhaille’s plans for a low-density condo development as a surprisingly good outcome for the building, which has been vacant since the New Orleans Center for the Creative Arts moved out a decade ago. Residents had worried that the property, situated on narrow side streets, might be resurrected as a school (bringing traffic and noise), that some sort of high-density residential project might be proposed, that the landmark might be demolished, or that it might simply continue to fester from neglect.

Based on his conversations with prospective tenants, MacPhaille had decided to reduce the condo project’s density even from his original idea of 15 or 18 down to a dozen, creating larger living spaces. His market is recent retirees looking to downsize a large home into a more walkable neighborhood, but many now have grandchildren and want space for them to stay when they visit, he said.

The development will have every amenity, MacPhaille said: off-street parking with individual garages, a small pool and playground, a French Quarter-style courtyard, oversize elevators, separate entrances for each unit, security systems and cameras, an exercise room, an inside playroom and possibly even space for a doorman. The project will seek to preserve as many trees as possible, and is projected to take between two and five years to complete.

The neighborhood remains concerned about the details of the project, such as the process for removing the asbestos inside, but MacPhaille has pledged to keep them up to date and in general views the renovation warmly.

At that point, the project was rolling forward smoothly. MacPhaille’s plans had the tentative blessing of both the neighborhood and the city’s preservation community, who were glad to see the historic building saved. Prior to the gutting work, MacPhaille gave a tour of the property to his brother-in-law, David J. L’Hoste, an attorney and photographer, resulting in a luminous photo essay documenting both the deteriorating condition and the rich colors of the property. (They also discovered intriguing details from its earlier incarnations: “Class of 1903” scrawled on beams in the attic, and boxes of original Apple computers.)

Little more than a month later, MacPhaille headed to the building earlier this week to meet with representatives of the Preservation Resource Center and his contractor, when he discovered the elaborate and destructive theft of every scrap of copper in the building. MacPhaille estimates the value of the copper stolen at nearly $100,000, but said the damage to the building itself would cost more like $600,000 or $700,000 to repair if he wasn’t gutting it already.

“We believe it was a crew, as they had ladders on several floors and it seemed as if the job was well-organized,” MacPhaille wrote in an email Tuesday. “They used ladders, bolt cutters, and battery operated tools to cut out and take down the water pipes, some gutters, the wiring, and even pulled out window a/cs to get the copper out of those units too.They also took the brass grab bars, door knobs and other metal objects.”

“It looked like these were electricians,” MacPhaille added in an interview Friday. “It’s amazing how organized they were.”

MacPhaille dates the theft to between Dec. 23 and Jan. 1, and says it appears the material was dragged through building and out the front door, where some sort of van or truck must have been waiting to carry it. Anyone who saw any vehicle there during the holidays or any other suspicious activity is urged to call NOPD Second District property-crimes detectives at 658-6020.

MacPhaille praised the responding officers’ professionalism, but said he was disappointed that they chose not to look for fingerprints based on the dangerous condition of the building. He and the contractor later noticed a coffee cup that appeared to be left behind by the thieves atop one of the pilfered air-conditioning units, and he said he’s considering hiring a private investigator to continue looking into it. When told about a copper theft at an Entergy substation Friday that caused a major outage in the Carrollton area, MacPhaille said he couldn’t help but think they were connected based on the difficulty of the jobs.

MacPhaille is now meeting with contractors to begin emergency repairs next week, and is scheduled for his first hearing before the city in April for a conditional use permit to convert the school into condos. The theft won’t substantially delay the project in the long run, but is aggravating, he said.

“My loss is going to be about a a hundred grand,” MacPhaille said. “Is that going to stop the project? No. But somebody’s got to stop this.”