“These are not just photographs on a wall. These are people, and many families in New Orleans can trace their histories to this place. We’re telling our own stories, as we should be. This is family history, yes, but this is also Louisiana history.”

So says Jennifer Williams, director of the McKenna Museum of African-American Art, and curator of a photography exhibition on predominantly African-American communities in the River Road, “Becoming Home.” Recently extended from its appearance with PhotoNola, and now on view through Mardi Gras, this is a rare, compelling exhibition, and one not to be missed.

The exhibition was first conceived of by photographers Mariana Sheppard, an LSU graduate now living and studying in Brooklyn, and Nakeya Brown, a Rutgers graduate also living in New York. Taking as its departure point a handful of parishes along the river road – St Charles, St John the Baptist, and St James Parish, of which Sheppard is a native – the show explores an area Louisianans know to be rich with history.

The subject matter of the show, which was shot primarily in the early autumn of last year, can roughly be divided into explorations of people and place. The portraits, of the residents of the communities in these parishes, are often simply composed (a person on the porch outside their home, for instance) but are full of warmth. In one photograph, Mrs Audrey Ambrose Oubre – born 1924, of Vacharie – smiles as she holds a photograph of her own grandparents, showing the continuity of bloodlines in a quiet, understated way. This is the kind of history found only outside of a textbook, the kind told long and slow and passed down over generations.

The interrelatedness of communities in the River Road is one of the exhibition’s strong suits – like Mrs. Oubre, many of the subjects Sheppard and Brown shot were from sixth- and seventh-generation families – but the formal qualities of the photographs are worth mention too. One fantastic photograph, of two brothers, Nikeal, 8, and Nicolas, 14, of Edgard, perched in and atop bales of hay, contrasts the vertical slender forms of the young men against the rounded, squat forms of the bales. The balance of the entire image – a vertical line nestled within a triangle set within a square frame – is so pleasing to the eye, one wishes they had shot the entire rest of the town.

The places in the exhibition come primarily from area plantations – Home Plan, Evergreen, Laura, Oak Alley, and St Joe – and their surrounding landscapes, namely the sugar cane fields at various stages of planting. (A large crop of cane stands in the center of the room, placed as a silent reminder.) But Sheppard and Brown aren’t interested in whitewashed views of the area’s history; on tours of the plantations, they often traveled incognito, not revealing their photographic mission to those curators. In so doing they were able to both to see how the area’s painful history is represented in one way, and as well to gain closer access to it – resulting in stirring photographs such as a long line of slave cabins at Evergreen, shot in a receding composition, so many it’s impossible to see them all at once.

Asked what she hopes visitors will come away with from the exhibition, Williams had this to say: “I want people to re-remember the contributions that people have made to Louisiana, and how important those contributions are today. Yes, I love the contemporary feel [of these images] – these houses were built more than one hundred years ago, but these people live here now.”

If that’s not living history, I don’t know what is.

Williams says that the exhibition is open for tours free of charge, and is ideally suited for school groups and civic and community groups. “Becoming Home” will be up until February 24th, when the museum switches gears to launch a new exhibition on sex crimes against young black women, which it is currently bringing to New Orleans from New York. The McKenna Museum is currently seeking partners for this exhibition, which will explore both response and prevention; anyone who is interested should get in touch.

For those who can’t make it to the McKenna Museum, select images from the show are available on Brown’s website. But for those who can, do: the Museum is located at 2003 Carondelet, and is open Tuesday and Wednesday by appointment, and Thursday through Saturday from 11-4. More information is available on their website, themckennamuseum.com, or by calling 504-586-7432.

Benjamin Morris is the author of Coronary, a poetry collection, and The Bella, a novella. Around town, he can be found catching music on Frenchmen, crawling the galleries on St Claude, playing soccer in City Park, or occasionally tending bar at the Sovereign Pub Uptown. More information about his work is available at benjaminalanmorris.com. His column appears on Sundays. 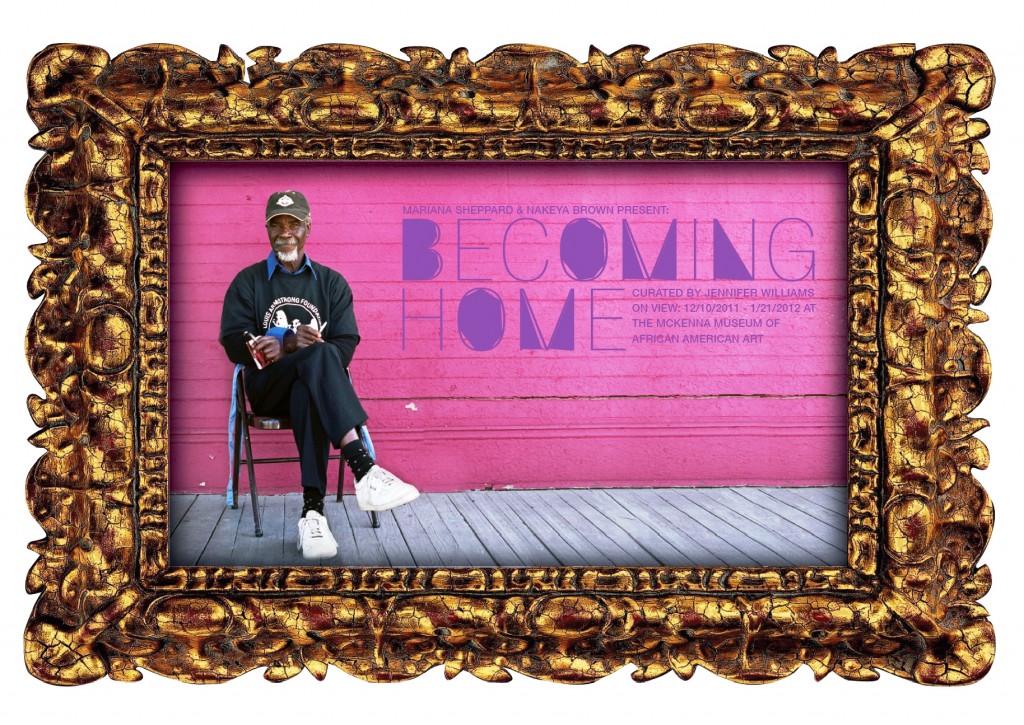