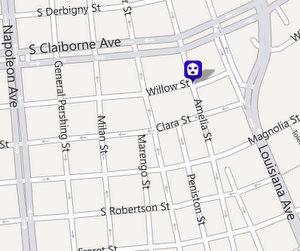 The carjacking was reported at the corner of Willow and Amelia, police said.

Two armed men stopped a woman driving on Willow Street in the Milan neighborhood on Tuesday evening and ordered her out of her car at gunpoint, and the vehicle was later found burned in Central City, police said.

The woman and a friend were driving on Willow preparing to turn onto Amelia around 10:30 p.m. when a black Dodge pickup in front of them slowed to a stop, according to a police report. Two men with guns got out of the truck and ordered the victims to get out of the car, and the victims did so and took off running, the report states.

The car was later found at the intersection of Erato and South Roman streets in Central City, and had been set on fire the report states.

Anyone with information about the case should call NOPD Second District detectives at 658-6020.