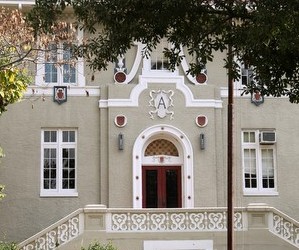 A lawsuit filed this month by neighbors upset over traffic and other issues at Audubon Charter School’s Broadway campus is likely to prevent any permits from being issued to begin renovations there in the immediate future — just as Audubon teachers and staff are moving out of that building into a temporary facility in Gentilly.

The lawsuit filed by the Upper Audubon Association and several individual neighbors repeats complaints of traffic congestion, safety hazards and illegal parking that the group has been making for more than a year as the Broadway renovations were planned. The lawsuit contends that, despite promises from school officials that the traffic problems would be handled, “no apparent action was taken to address neighbors’ concerns.”

John Lafargue, president of the Upper Audubon Association, declined to discuss the lawsuit in detail, but said that while the neighborhood supports the goals of the school, it wants to ensure that its concerns are addressed.

“Our interest is to mitigate the detrimental impact of the school on the surrounding properties, which includes traffic and parking,” Lafargue said. “We’re not interested in shutting down the school.”

Neighbors aired those concerns most recently at a meeting of the Board of Zoning Adjustments in November, but the board ruled in favor of the school, granting it permission to extend the building closer to Pine Street. The neighborhood association appealed the decision to Civil District Court in a lawsuit filed Dec. 16, and when an appeal is filed, the city’s Comprehensive Zoning Ordinance requires that the Department of Safety and Permits refrain from taking any action, such as issuing a permit.

How the lawsuit will affect the timeline for the school’s renovation is unclear. The renovation project has yet to be put out to be bid, and the bid process can take several months, potentially leaving some time for attorneys to resolve the lawsuit before building permits are needed. In fact, the lawsuit only names city entities as defendants — not Audubon Charter School or the Orleans Parish School Board — so school officials were not even aware the suit had been filed, said Audubon Charter’s operations manager, Alisa Dupre.

School leaders and faculty finished moving out of the Broadway campus on Friday, and will begin unpacking at the temporary location at the former Jean Gordon site (6101 Chatham Drive in Gentilly) next week, Dupre said.