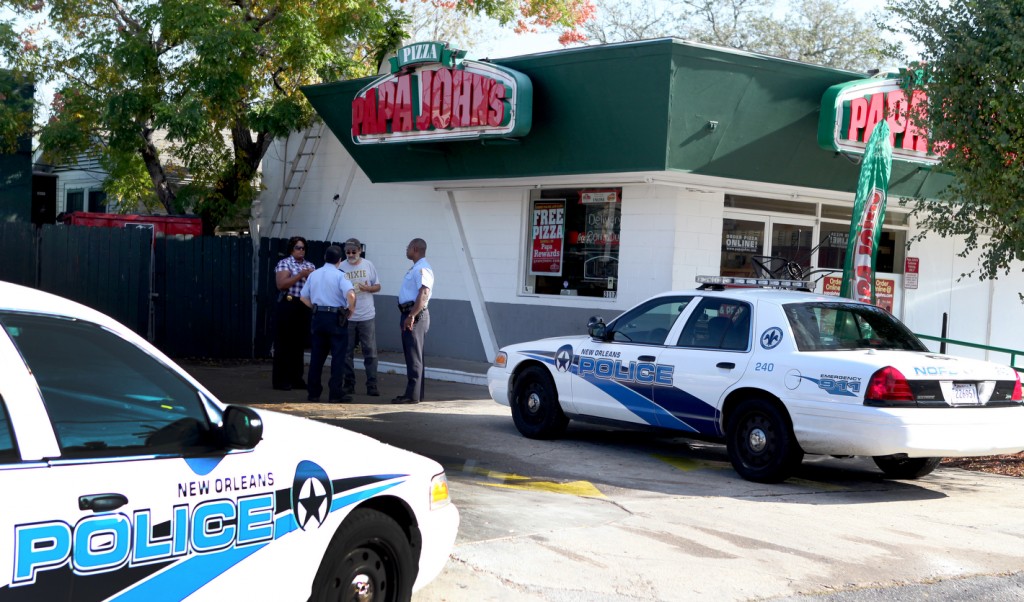 Police stand by Papa John's pizza and investigate a robbery that occurred at Capital One bank on Claiborne near Calhoun Wednesday morning. (Sabree Hill, UptownMessenger.com)

A man was robbed at gunpoint while leaving a bank that was subject to a similar robbery two weeks ago, and a Tulane police officer was injured chasing a suspect in a separate robbery moments later Wednesday morning, authorities said.

And a third robbery attempt was reported Wednesday afternoon at the Walgreens on St. Charles Avenue at Felicity Street, though details of that case were not immediately available.

In the first case, a man was leaving the Capital One bank on Claiborne near Calhoun around 9:30 a.m. when he was approached by a gunman who demanded his money, said Lt. Chuck Little, dayshift commander for the NOPD’s Uptown-based Second District.

The second case took place before 10 a.m. near Freret and Calhoun, and appears from initial reports to have been a simple robbery, such as an iPhone snatching, Little said. Tulane University Police responded to the call, and one officer may have been injured in the chase that ensued, Little said. A suspect was apprehended near Audubon Boulevard and Willow Street, Little said.

The two incidents appear unrelated, but investigators planned to give the victim from the robbery near the bank an opportunity to see the suspect in the second case, on the chance that it may have been the same robber, Little said.

The holdup near the bank occurred under circumstances very similar to a robbery earlier this month, and Little told residents at a community meeting Tuesday night that it may be part of a larger pattern across the city. 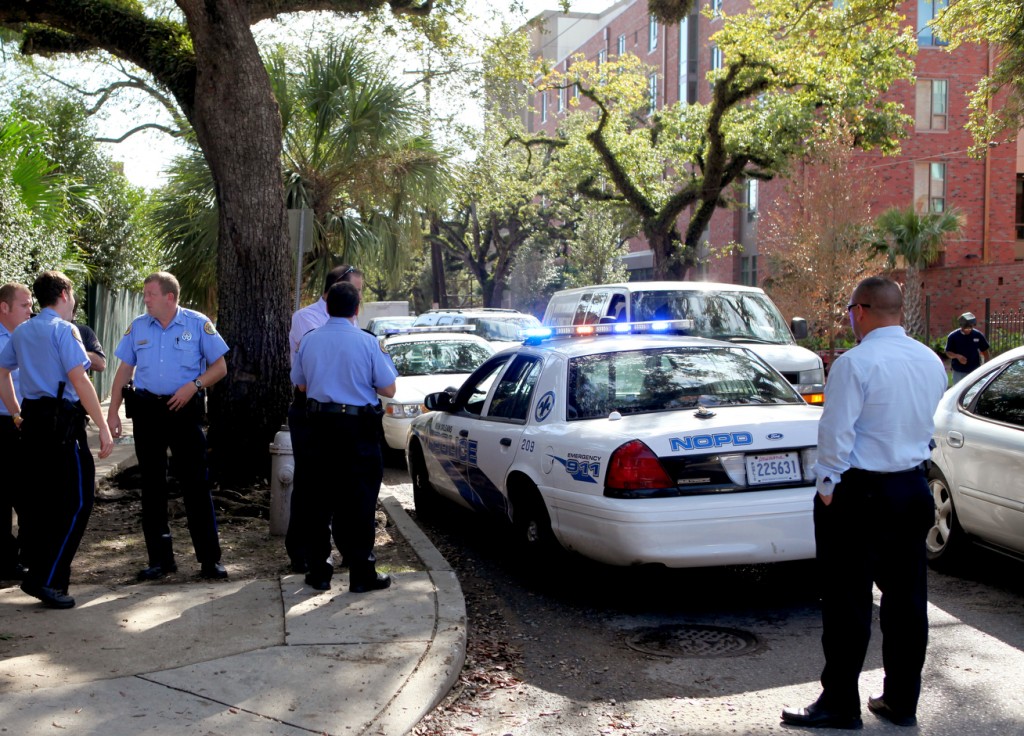 Police apprehend a suspect in a simple robbery on Freret and Calhoun near Audubon Boulevard and Willow Street Wednesday morning. (Sabree Hill, UptownMessenger.com)