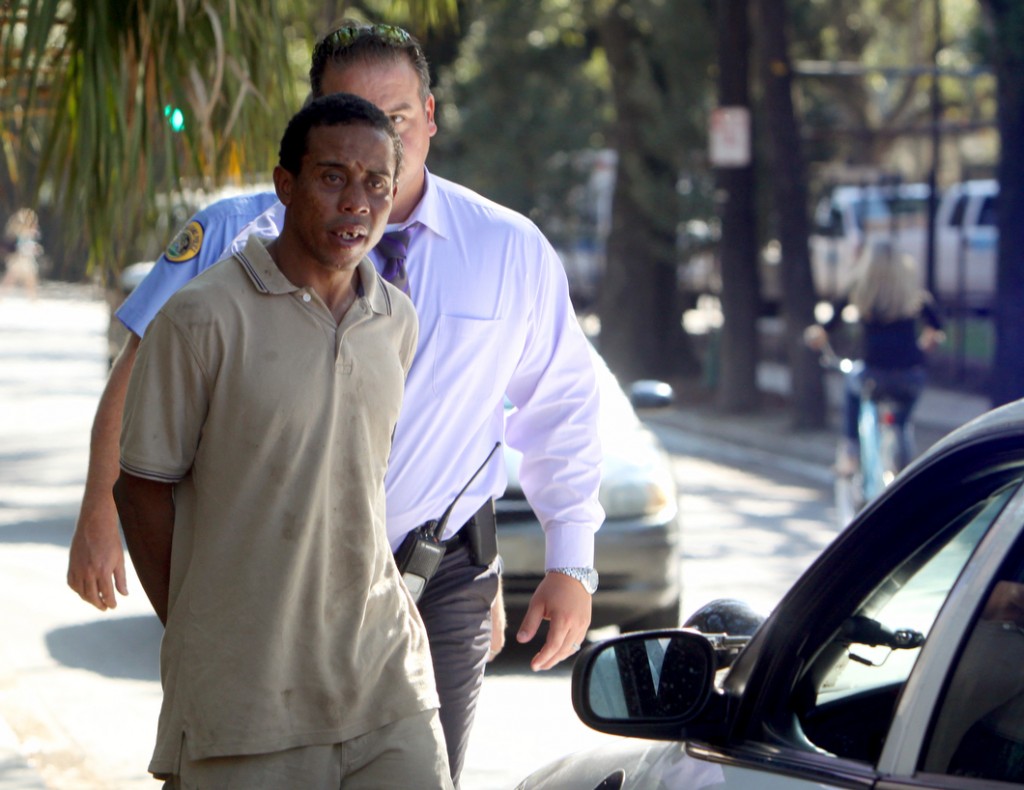 A suspect in a robbery in apprehended near Audubon Boulevard and Willow Street Monday morning. (Sabree Hill, UptownMessenger.com)

A man who caused a police chase that led to the injury of a Tulane officer Wednesday has been charged with attempting to steal a Tulane student’s cell phone on St. Charles Avenue and then snatching an iPod from a Loyola student, authorities said.

According to an email from the university police:

The Tulane University Police Department is announcing the arrest on Wednesday, November 16, 2011, of a subject who perpetrated an attempted simple robbery in the 6000 block of St. Charles Avenue at approximately 9:30 A.M., and a simple robbery in the 2000 block of Calhoun minutes later. The arrested subject attempted to rob a Tulane student of her cell phone and subsequently succeeded in taking an IPod Touch from a Loyola student. The second incident was witnessed by two Tulane students who reported their observations to Tulane Police.

Initial contact with the perpetrator was made on Calhoun Street where a Tulane Police Officer First Class was injured in a struggle. Officers in the area searching for the subject and communicating with the New Orleans Police Department tracked the perpetrator to Audubon Boulevard where he was apprehended by a Tulane Police Lieutenant. The subject, identified as Edwin S. Murillo, a 28 year old black male, has local arrests for public drunkenness, obstructing public places, criminal trespass, and misrepresenting name/age/address.

The Tulane officer, whose injuries stemmed from a bicycle crash with Murillo during the chase, was treated for his injuries and released, university officials told Brandon McCarthy of The Times-Picayune.