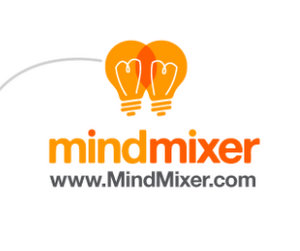 I’m about to offer up some tough love, for this city and the fez-wearing simian we’ve been toting around unawares:

Citizen engagement in New Orleans has reached an impasse.  There, I said it.

There are two sides to this sad situation:  On the one hand, we are a citizenry in motion, attending countless meetings, speaking into every available microphone, producing data and consuming statistical reports at an unprecedented clip.  In the plus column: New Orleans boasts numerous micro-communities engaging their members in topics ranging from youth programs to land use, from prison reform to public transportation, from crime tracking to fighting blight.  For every cause, there’s a website; for every gripe, a social network where you can vent.

On the other hand, we find ourselves standing relatively still, armed with mountains of information and brilliant ideas that never get processed enough to effect meaningful change.  In the minus column: Anonymous posters keep shouting “Transparency! Openness! Accountability!” at one another in the corporate-sponsored anechoic chambers known as comment pages.  Post, flame, rant, repeat.… Shall we save it, or delete?  Uncivil unrest, to coin a phrase, is stalling this city’s progress.

Our community has no shortage of opinions or creative thinking.  What we lack is constructive debate, without which nothing much happens.  In brief, it’s not about quantity or quality, it’s about consensus-building.  And New Orleans currently has no effective apparatus in place for that.

Before I suggest a cheap, quick fix for this city’s civic logjam …

Which side of the coin do you identify with?  Are you an optimist whose calendar is filling with ever more opportunities to plug in?  Or a doubter who laments that our collective mindshare is divided among too many isolated forums?  Ask yourself which increments faster: Your odometer (community meeting overload) or your email in-box (mailing list overload).  And just how much is your time worth?  Are you ready to admit we have a problem here?

The residents of several other large cities admitted they had a problem like ours, and are now well on the road to recovery thanks to MindMixer.com, a comprehensive civic engagement framework fueled by directed discussion and collaboration.  In places like Omaha,  Burbank, Springfield and Hattiesburg, people from a broad range of backgrounds and varying familiarity with the civic engagement process – even speaking different languages – can finally participate in a running dialogue between citizens and elected officials.

Calling itself “a virtual town hall,” MindMixer sprang onto the “Gov 2.0” scene in 2010, quickly becoming a front runner in the nascent “citizen engagement” space.  Here’s how it works: Verified users may contribute freely or merely observe, giving a thumbs-up to topics and ideas that resonate with them.  Along the way, new ideas get posted, fleshed out, refined or rejected, while department heads from City Hall and other municipal agencies are welcome (one would hope, compelled) to join the conversation and ultimately help bring the most popular concepts to fruition.  New policy doesn’t just happen; it is carefully crafted.  Heads or tails, everybody wins!

New Orleans deserves its own MindMixer site, and I pledge to help get one started in 2012, providing engaged local residents (even those without access to a computer) a much-needed centralized forum that’s open 24/7.  With luck, my fellow citizens will join in this ambitious undertaking.  Until then, our scattered coins of citizen engagement will keep spinning in place, gathering little interest and making no change.

Penny for your thoughts on the matter?  Let’s hear your two cents on the value of MindMixer.

When he’s not busy crafting extended metaphors, modeling for art classes or flying his (toy) helicopter across the room, Tim Garrett’s free time is spent searching for change and posting neighborhood news on the NOLAhoods.com blog.  His email address is timg@nolahoods.com.

One thought on “Letter to the editor: Citizen engagement is stalled in New Orleans”