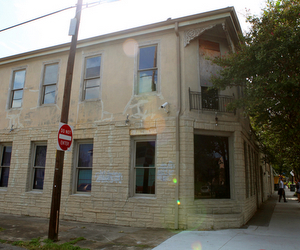 The proposed expansion of Audubon Charter School’s Broadway campus that has split the neighborhood over parking issues won city approval Wednesday, as did a less controversial redevelopment of the old Nine Inch Nails recording studio on Magazine Street.

Audubon Charter | While pick-up and drop-off traffic around Audubon Charter remained a central issue for opponents of its expansion, they raised a number of other issues as well. One neighbor said bringing the building so close to Pine Street would create a “cave-like” feeling on the narrow street, while another said windows in the new building will look directly into his bedroom. Another neighbor said the burdens of having the school were unfair to the neighborhood, since Audubon’s lottery-based admission system prevents many children from attending school there.

Officials with the project said the portion closest to Pine Street actually have a lower height limit intended emulate the approximate height of the houses across the street, and that the windows will have a similar placement to those in a caretaker’s cottage currently used for kindergarten classes. Perhaps more importantly, the Orleans Parish School Board offered a resolution that pledges not to increase the student population, to add a traffic control officer, and to partner with the neighborhood to help resolve the traffic issues.

“We believe that Audubon Charter will act in good faith to resolve these issues,” said Patrick Tucker, president of the Uptown Triangle Neighborhood Association, who also argued that the school’s high performance deserves the city’s support. “Moving forward with this renovation is best for the children, the neighbors and the city of New Orleans.”

With the recusal of member Robert Steeg, whose law firm represents the consultants for the project, the Board of Zoning Adjustments voted in favor of the expansion. Their requirements for a traffic plan did little to reassure John Lafargue, president of the Upper Audubon Association on the other side of Broadway. The BZA decision is final and can only appealed to the courts, he said, and his group to see what actual improvements to the traffic situation are made before deciding whether to take that step.

“The likelihood is probably,” Lafargue says. “We’ll certainly consider it.”

4500 Magazine | In contrast to its BZA appearance last month, the redevelopment of the former Nothing Studios at the corner of Magazine and Jena won easy approval Wednesday. At issue in October was parking, and a possible conflict over an across-the-street lot that the owners plan to use, but after a brief discussion of the agreements surrounding that lot, the BZA voted in favor of the project almost without comment. No one spoke in opposition to it.

The owner, Jila Khoobehi, said after the meeting that she hopes to acquire the remainder of the permits quickly so work can begin. The current plan is to keep the existing residential units in one portion of the second floor, use the remainder of the second floor for her husband’s surgical practice, and redevelop the bottom into two or three retail spaces, though they have not begun speaking to tenants, she said.

“I think it’s going to be more retail than restaurant,” Khoobehi said.