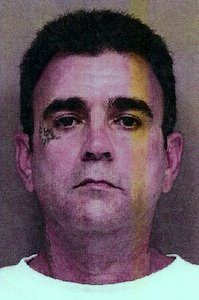 Audubon Park’s latest car-burglary suspect has a criminal record of 50 felony arrests, and used the credit cards he stole to buy routine items such as cigarettes, gas and an over-the-counter pain reliever, police said Thursday.

After news reports earlier this week showed surveillance footage of a man going to area businesses and using credit cards stolen from vehicles at Audubon Park, Sgt. Warren Keller of the NOPD Second District property-crimes division said he received a call from a woman who said she had seen the man on Tuesday, sitting on a bench at the golf course after getting out of a car there. A worker at the park told police he’d seen the same man suspiciously looking into parked cars, so he wrote down the man’s license plate, and from there investigators were able to identify the suspect as 55-year-old Sergio Santos. 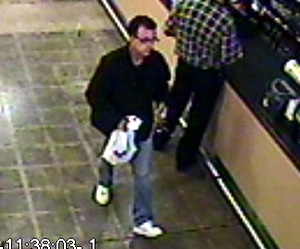 Santos used the stolen credit cards for a variety of purposes, Keller said. Most often, he bought cartons of cigarettes (possibly for resale), but he also gassed up his car at least once and bought miscellaneous items, such as a bottle of Advil. In another case, he stole a checkbook and wrote himself checks for cash, Keller said.

Based on the two break-ins that led to the surveillance images, detectives were able to secure two arrest warrants for Santos, and have since recovered more footage that should lead to two more charges, Keller said. Santos has a criminal history of 50 previous felony arrests, though only three led to convictions, and 20 misdemeanors, Keller said. He has served prison time on burglary charges and is currently on probation for a cocaine-possession charge, Keller said.

Santos has a tattoo of what appears to be a crown near his eye and another tattoo on his neck, Keller noted. Anyone with information as to his whereabouts should call the Second District at 658-6020 or CrimeStoppers at 822-1111.