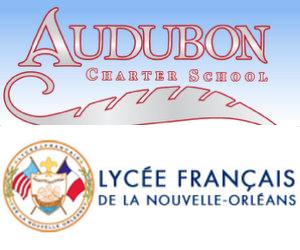 The allegations originate in an October report authored by former Orleans Parish schools superintendent Barbara Ferguson and education advocate Karran Harper Royal entitled “The Deception of the ‘Lottery’ at Lycee Francais and Audubon Schools.” The report argues that because both schools offer fee-based pre-kindergarten programs (costing up to $4,570 per child) that provide a pathway into their free public kindergarten classes, the schools are becoming “instruments for educating only a select group of students” and constitute a “misuse of the charter school concept.”

Leaders at both Audubon and Lycée Français responded to the accusations this week, each arguing that the report misconstrues their actual admissions procedures and reaffirming their schools’ commitment to serving students at all income levels.

The response by Lycée Français came in the form of two emails addressed to parents Wednesday and Thursday seeking to dispel “false rumors” about the school. Wednesday’s letter opens by noting that the school is in regular contact with the Louisiana Department of Education and the school board’s own attorneys to ensure compliance with state charter law, then goes on to confront the admissions issue directly:

One of the false rumors being spread about Lycée Français is that we are “stacking” our public kindergarten classes with students coming from our tuition-paying Pre-K 4 classes, thus leaving no room for children who did not attend our Pre-K 4 program. In fact, Louisiana charter law, to which we adhere, does not allow automatic advancement of children from a tuition-paying program into a free public kindergarten program; if there are more applications for kindergarten than there are spots available, a lottery must be held. Please know, however, that Lycée Français’ is prepared to open additional kindergarten classes, if necessary, in order to accommodate a large number of applicants.

That email was followed up Thursday with a second message to parents.

As a follow-up to yesterday’s informational message, we want to reassure you that we are committed to accommodating all of our current Pre-K children who wish to continue in our kindergarten classes. State charter law requires us to hold a lottery if we receive more kindergarten applications than spaces available. However, our enrollment projections have always included additional kindergarten classes after this first year in order to build a strong base for Lycée Français as we move forward. Our current plan, as outlined in our contract with the Board of Elementary and Secondary Education, is to offer 100 kindergarten spots for 2012-13, which is double this year’s number. That means that there will be space for 60 new students in addition to the 40 current Pre-K 4 students that we expect to welcome into kindergarten next year, which should eliminate the need for a lottery. In the unlikely event that we receive more than 100 applications, however, we are prepared to create even more kindergarten spaces in order to accommodate the demand.

Lycée Français is expected to announce Monday the location of its new “main campus,” which school leaders have said will have room for 500 students — including the expanded kindergarten sections that board members have long planned for.

For Audubon, the response to the report came in the form of a 40-minute explainer session about the school’s admissions practices during Saturday’s monthly meeting of the school board. The complexity of the high-profile school’s admissions process may give rise to the misconceptions, said Carlos Zervigon, a founding member of the school’s board and its current vice-chair, but he and school administrators sought clarity on the issue through a lengthy report of their own, bolstered by statistics.

Audubon Charter accepts students in three “tiers” for its openings, officials said. The first tier is for French nationals and siblings of current students. The second tier is for students from French-speaking countries and students in French-immersion or Montessori programs, and the third tier is open to anyone. The tier system, Zervigon noted, is to satisfy the requirements of the French government, from which Audubon also receives funding and faculty members.

Although pre-kindergarten is fee-based, the majority of children do not pay a fee, according to statistics compiled by the school. Gifted and special-needs students are paid by the state, low-income 4-year-olds are paid by a state grant known as LA4, and the amount of the fee is determined by a separate company based on a sliding scale that examines a family’s income.

Specifically, statistics compiled by the school show that of 90 students in pre-kindergarten at Audubon in the current school year, 27 are paying a fee — 30 percent (the same proportion as last school year). Seven students qualified as gifted or special-needs, 18 were recipients of the LA4 grant, and 38 were deemed not to need to pay at all. Of the 27 who do pay a fee, eight students are being charged reduced amounts that range from less than $1,000 to less than $3,000, leaving only 19 students being charged at or near the full $4,570.

While on the topic, Audubon leaders took issue with the “selective admissions” moniker that has been applied to the school as well. Students in pre-kindergarten through second grade are admitted without any testing whatsoever. New students applying to enter grades three through eight are tested, but primarily to ensure that they are prepared for the specific demands of the French program, where all classes are taught in French, or the Montessori program, which employ a system of self-guided instruction that requires a certain amount of remediation for new students unused to it, leaders said. But once admitted, students are not tested to return.

“Students are not put out for academic reasons,” Zervigon said.

Several board members thanked Zervigon for the explanation, but noted their own discomfort at the notion of charging a fee for any of the school’s classes. Zervigon replied that he had initially opposed a fee-based pre-kindergarten, but said he was won over by the notion that allowing some families who can afford to pay to do so creates space and opportunities for families who couldn’t afford it at all.

“We’re all uncomfortable with this,” said board member Teddi Locke. “The problem is, there’s a huge pre-K population across the country that’s not being funded.”

Board member Jacqueline Smith suggested that the school begin exploring ways to raise money to reduce the cost for the remaining parents who do pay.

The school’s admissions policies do create one loophole, Zervigon noted. Because the French government requires Audubon to give preference to students transferring from other French immersion schools — a policy intended to accomodate students whose families have to move to New Orleans for work, for example — students who attend the private pre-kindergarten program at Ecole Bilingue could take advantage of that policy and transfer to Audubon.

“You could spend $10,000 for one year at Ecole Bilingue, and then jump the line and come to Audubon,” Zervigon said. “That doesn’t work for any of us.”

Not only does that loophole weaken Audubon’s commitment to open enrollment, Zervigon said, it also hurts Ecole Bilingue creating vacancies there in upper levels that can be harder to fill. The problem is relatively rare — there are still open spots in this year’s kindergarten class, for example — but is worth addressing, Zervigon said.

“There’s really no easy solution,” Zervigon said after the meeting. “We’ll have to talk to the French government about it.”

Saturday’s meeting of Audubon Charter School’s governing board also included updates on the school’s renovation of the Broadway campus and temporary move to Gentilly, its efforts to control school traffic on Broadway, and a discussion of a recent visit to the school by the French ambassador. To read a transcript of our live coverage of Saturday’s meeting, see the box below.

In the interest of full disclosure, it should be noted that the author of this article, Robert Morris, is the parent at Lycée Français (as also noted on our “About Us” page). Contact Robert at rmorris@NolaMessenger.com, or post your comment below.