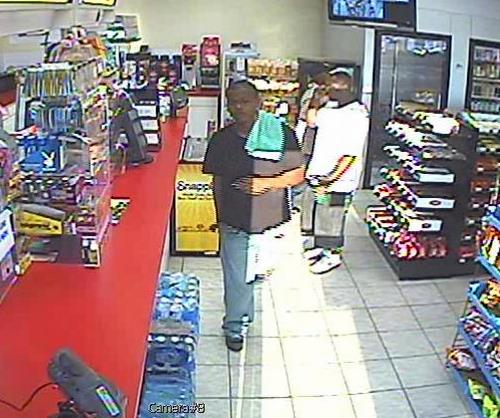 This image, taken Tuesday from a gas station on Downman Road, shows a suspect identified as Trebor Blanton who is wanted in connection with several robberies at knifepoint around the Carrollton area. (via NOPD)

Investigators have released new images of a pair of men who held up the Rite Aid pharmacy on South Carrollton Avenue during Tropical Storm Lee and of a man now believed to be responsible for at least four robberies at knifepoint around the Carrollton neighborhoods.

Trebor Blanton, 23, was already wanted in connection with one of a series of three similar robberies along Dublin Street in Carrollton, has now been linked to a fourth robbery and auto theft that took place Monday about a mile away in the Black Pearl neighborhood, police said. Shortly after 4 p.m., a woman was loading her computer bag and purse into her vehicle, when she was approached from behind by a stranger with a large, machete-style knife, police said.

The man forced the woman to give him the keys to the vehicle and took off in it, and investigators located her cell phone shortly afterward at the corner of Leake and South Carrollton, police said. The description she gave the police resembled Blanton, and on Tuesday, investigators obtained a surveillance camera image of him at a gas station in New Orleans East attempting to use her credit card, they said.

Police have also released images of two men who robbed the Rite Aid pharmacy at the corner of Oak and South Carrollton streets about 7 p.m. Saturday, Sept. 3, while Tropical Storm Lee was drenching the New Orleans area. The images show the two men as they walk through the door.

Off-camera, the man in the yellow shirt pulled a gun as the register popped open during another customer’s transaction, and the man in the black shirt gathered all the cash into a bag, said Detective Charles Augustus of the NOPD Second District persons crimes division. The front-door footage shows the men leaving the store about 30 seconds after they entered. 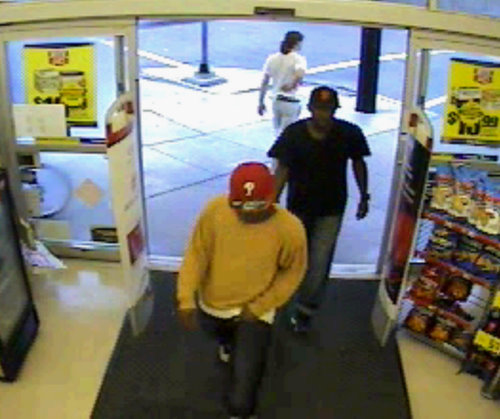 Suspects in the Sept. 3 robbery of the Rite Aid on South Carrollton Avenue. (via NOPD) 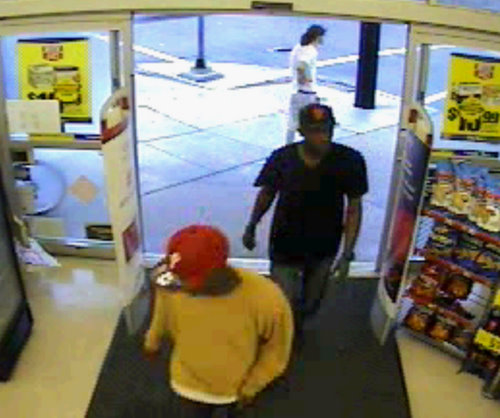 A second frame of their entry. (via NOPD) 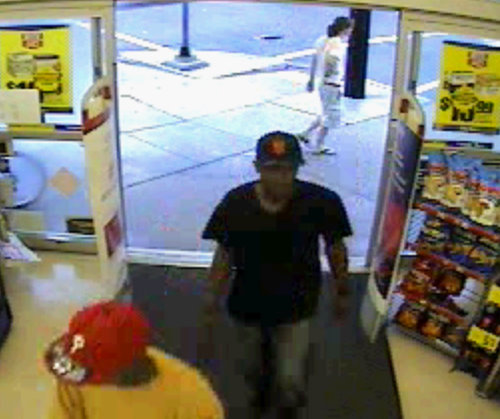 A third, closer frame of the suspects (via NOPD)

Anyone with information about either of these cases should call Second District detectives at 658-6020 or, to leave an anonymous tip that could be eligible for a cash reward, call CrimeStoppers at 822-1111.

One thought on “New images released of suspects in robberies at knifepoint, Rite Aid holdup”