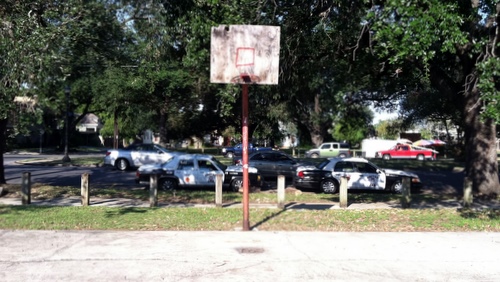 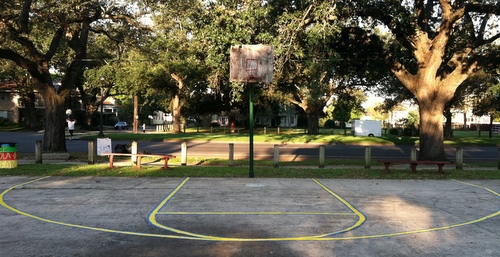 The same goal after Fight the Blight day. (Jean-Paul Villere)

Note: Immediately below was composed before the recent Fight the Blight day this past Saturday.  Additional thoughts follow.

Recently in a bid to generate enthusiasm for keeping the Hornets in New Orleans, a campaign was launched with billboards, TV spots, and print ads featuring everyone from the governor, to the mayor to Fleurty Girl all pledging their allegiance to our city’s basketball franchise.  “I’m in!” they all repeated over and over again.  “Are you in?”  “I’m in.”  “Oh, I’m definitely in.”  “You know I’m in.”  On and on.  To which I say “Great!  I love it when people are in!”  I’ve always said I’m a fan of fans.  God bless the ones who make it all possible for whatever; without fans every successful franchise athletically or otherwise would be nowhere.  Except, when I walk my neighborhood I feel like the being “in”-ness stops when the director says “cut.”  Why?  Have you seen the condition of some of our more visible parks?  Especially the basketball courts?  I do not profess to be expert of the city’s parks nor of the heirarchy that presumably should be keeping them in check.  But my stomach turns just enough when I think of this campaign, and then visit my neighborhood park: Samuel Square.

What the hell is this?  An art installation?  No.  It’s a park.  A city park.  Maintained by the city.  And it’s deplorable.  I’m a fan of our neighborhoods and their walkability – and maybe you are too.  Consider this my campaign to get you and the rest of the public “in” to making our greenspaces more usable and at the very least maybe not so embarrassing.  Ocassionally picking up a park’s garbage and mowing the grass, while needed and done fairly routinely, is frankly not enough.  The placard at the park states a renovation took place back in ’89.  Eighty-nine.  22 years ago.  By the looks of things the 21 years have not been kind.  Who knows when the water fountain stopped working.  The backboards are so rotten it’s a wonder they weren’t done in by the wind and rain of Tropical Storm Lee.  And the red boxes on the backboards are handpainted, resembling functional graffiti.  Yeesh.  But I know what you’re thinking.  “Hey Jean-Paul, that’s great our parks suck and all, but how can the city afford to improve them?”  We’re still in a recession, right?  The city always has budget woes, correct? 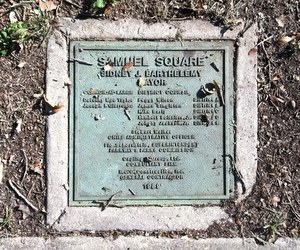 The park was last restored in 1989. (Jean-Paul Villere)

Fair enough: two birds, one stone.  Speeding tickets.  People – you, me, everyone – speed down Napoleon.  Ticket them.  If NOPD can’t do it, set up a camera.  And let the funds from the camera pay for both maintaining the camera and maintaining the park – properly.  Simple, right?  Only the proceeds from speeding tickets don’t go to the parks, do they?  And isn’t this idea just a little too simple to be implemented?  It has to be more complicated, right?  Only because we let it, I say.  Enough is enough.  Keep it simple.  I for one want a working park.  I also want people to slow the hell down driving Napoleon.  What’s the worst that could happen?  People go the speed limit and the park becomes under or unfunded?  Sounds like a great problem to have, and it can’t be worse than it is now.  Maybe people will go slow enough they actually see the park, think how inviting it is, pull over and use it.  Win-win.  Now, I’m in. 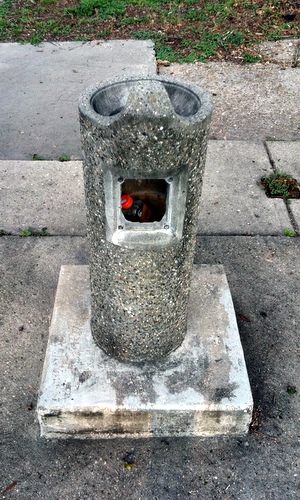 AFTER:
For the record I did not participate in the clean up the Samuel Square blight fighting, but frankly even if I had I, do not know my presence would’ve made an impact.  The before and after of the space seems to fall somewhat short, and while I wish to praise the volunteers for their time and effort — once again, God bless the fans — I’m left scratching my head.  Sadly, a day of volunteerism does not set up a system in place to routinely keep these parks humming.  That’s Parks & Parkways job.  That’s one of the reasons you pay taxes.  Volunteer all day. Spend your free time in green spaces with your neighbors every weekend.  But if all we’re doing is putting lipstick on pigs, what’s the point?  The backboards are the same, the broken water fountain remains broken, but there’s fresh paint on everything.  And??? Painting a car with four flat tires and a busted engine leaves you with a shiny new ride that still doesn’t go anywhere.  Our time should be better spent.  Our tax dollars should also be better spent.  Do better, City Hall.  We know you can.  At least consider a traffic camera. 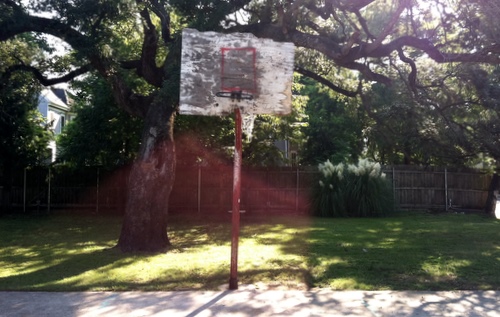 The park's other goal: Before. (Jean-Paul Villere) 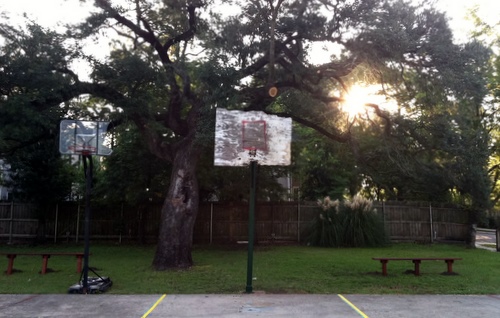 13 thoughts on “Jean-Paul Villere: The Plight of Fighting Blight (Who’s Really In?)”