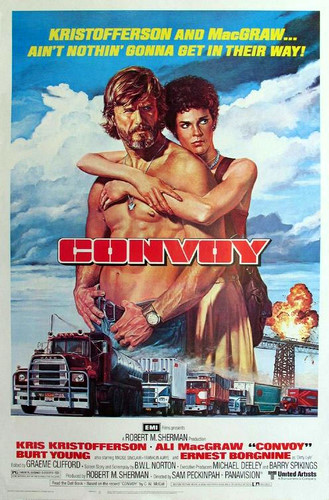 The biggest movement in food these days is quite simply the movement of food.  Cuisine mobility.  Culinaria transportica.  The anti drive thru.  While some American cities have been experiencing a food truck culture for some time, the stride is just now hitting here in New Orleans.  Case in point: the first annual Street Fare Derby coming up this Saturday, September 24th.  And as this phenomenon is slowly becoming a mainstay to the American landscape I am reminded of another from yesteryear: the trucker.

In 1978 a young, handsome, and shirtless Kris Kristofferson starred in the ultimate trucking movie, Convoy.  Revered by some, shrugged off by most, this film reflects to some degree likely accurately a time abuzz with CBs, Trans Ams, and interstate culture revealing a brotherhood of the blue-collar open road.  The independence and strength of the American spirit.  The willfulness and industriousness of the American worker.  That was then.  This is now.  What we haven’t outsourced, we’ve at least minimized.  But we still have to eat!

So along with the business trends of the 21st century, how we eat has also changed.  Or at least it’s been modified.  Why?  Because the drive thru is still king, and it likely always will be.  But don’t hold your breath for tastier or healthier mass produced menu choices.  What exactly is a McRib anyway?  So the marketplace has responded and provided the answer: the food truck.

The wonder of food trucks lies in its strength in numbers notion. Just like the multi-layered charge of Kristofferson’s convoy, food trucks rely on each other a la the law of attraction.  Typically each offers something distinct and narrow in profile but different than their neighbor.  Some only do fries.  Or tacos.  Or grilled cheese.  Only.  Part of its beauty is its simplicity.  The other part is being nimble.  Operating small as in any industry allows the purveyor to be move around, literally.  Change the menu, just so.  Listen to your audience and respond accordingly.

Despite yo-yo gas prices, oil spills, or rising insurance costs Americans still love their cars thereby ensuring the survival of the drive thru.  That said, with events like the derby the future of the food truck looks very bright too.  So we’ll see what happens.  Myself, selfishly I’d just like to see a Convoy sequel while Kristofferson is still with us.  And call it simply Food Truck. 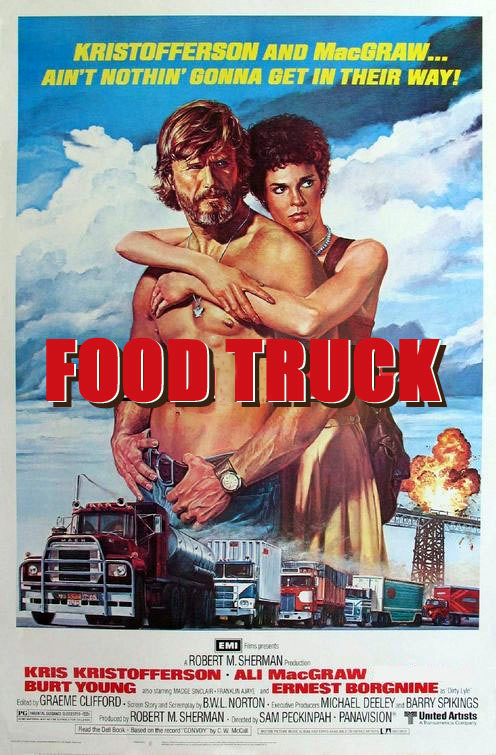