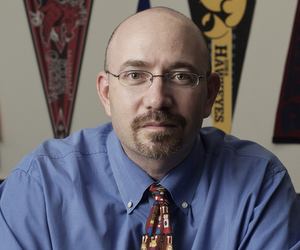 The idea of society providing a quality, comprehensive education for all children is inspiring and attainable, but the old model for delivering that education — a monolithic government entity led by politicians with a captive audience of students forced into grossly unequal schools — has got to go, one of the nation’s pioneers in public school reform told a Tulane audience on Thursday.

“We need to get rid of the government monopoly,” said Dr. Mike Feinberg, co-founder of the KIPP (Knowledge Is Power Program) Foundation.

Charter schools in general and KIPP’s model in particular have drawn their share of criticism, but the system’s results in New Orleans have been worthy of consideration. KIPP Central City Primary’s 2010 school-performance score of 120 was just higher than some of the most sought-after schools in the city (including Audubon Charter, Hynes Elementary, “Baby Ben” Franklin Elementary and the International School of Louisiana). KIPP Believe on South Carrollton posted a 106, also among the city’s upper echelon, and the scores in the high 80s of KIPP Central City Academy and KIPP McDonogh 15 are lower-performing by state standards but still well above “failing” and in the top 20 percent in New Orleans. KIPP has several other campuses too new to have received ratings, and is applying for more schools still.

KIPP’s educational philosophy has five main components, Feinberg said: a longer school day, more freedom for individual school leaders in exchange for a higher accountability for results, a basic goal of college readiness for all students, a focus on results and a commitment to expanding the educational options for parents everywhere. With 109 schools in 20 states, the system is currently serving 2,500 students in New Orleans (about 6 percent of the city’s students), with a waitlist of 500 more.

“The only way we’ll catch up with the wait list is if the other schools get better,” giving parents good options other than KIPP, Feinberg said.

New Orleans and Houston, where Feinberg is superintendent over 7,000 KIPPsters, are at the forefront of forcing that change, he said. He estimates that KIPP will need about 10 percent of the students in a community to really put pressure on the system as a whole, and in Houston, he is already seeing some evidence of that, as the traditional direct-run schools have begun emulating KIPP policies, putting up posters about colleges instead of standardized tests and sending teachers on visits to new students’ homes.

Feinberg also took a number of questions from the audience, discussing issues such as discipline, character education, parental involvement, teacher salaries and the role of the arts. To read a recap of our live coverage of Feinberg’s presentation, click “Replay” in the box below.

4 thoughts on “KIPP co-founder: “We need to get rid of the government monopoly” on education”