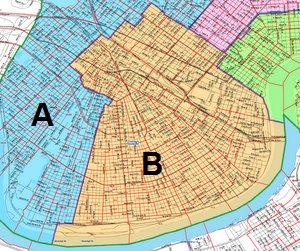 Mayor Mitch Landrieu will host a meeting at 6 p.m. tonight at Dryades YMCA seeking input on the top budget priorities of residents of City Council District B, which spans much of Uptown, the Garden District and Central City.

On Tuesday, August 9, 2011, New Orleans Mayor Mitch Landrieu will launch a series of community meetings in each councilmanic district to discuss 2012 budget priorities. The first meeting will be co-hosted by District B Councilmember Stacy Head. They will be joined by Deputy Mayors, NOPD Superintendent Ronal Serpas, NOFD Superintendent Charles Parent and department and agency heads. The Budgeting for Outcomes process is aimed at producing a more citizen-driven budget and ensuring improved government performance and accountability.

Prior to the meeting, from 5:30-6pm, the City will host a Resource Center with representatives from several City departments and agencies. During that time, citizens will have the opportunity to talk one-on-one with various departments about specific complaints and concerns.