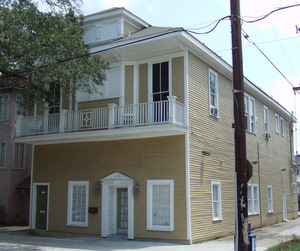 The rejection of a controversial Carrollton coffeeshop, the approval of alcohol sales at a new Walgreens on Claiborne, and other land-use matters on Oak Street, in Milan and in the Garden District were given final decisions this week by the New Orleans City Council.

Closing Konbini | A coffee shop/corner store on at 2101 South Carrollton that briefly opened for business without the proper license or zoning was sent back to the drawing board by a sympathetic but ultimately unyielding Councilwoman Susan Guidry during Thursday’s meeting.

The building is zoned for residential use but had been an office for years, until it sat vacant long enough to lose its temporary commercial use. Its proprietors said they gathered 500 signatures from the neighborhood in support of their idea, but the more intense commercial use and spot zoning that the project represented were overwhelmingly opposed by neighborhood organizations in the area.

“It’s very painful to say no to a business ready to open,” Guidry said, saying she regretted the financial impact to the owner of rejecting his application. “But if the owner had come before us without the business already having been put in there, I wouldn’t think twice about denying this.”

Guidry suggested the owners work with the neighborhood organizations on a change to the property’s use in master plan. Councilwoman Stacy Head, however, suggested they find a more amenable location.

“There are many areas in city that really need coffee shops,” Head said. “O.C. Haley is an area that is under-served when it comes to regular retail, ice cream shops, coffee shops.

Walgreens on Claiborne | A request to sell alcohol at a Walgreens under renovation was approved 5-0, subject to a good neighbor agreement between it and the neighborhood governing items such as how the alcohol is displayed and when it is sold. Head noted that the renovations to the building were being undertaken by request of Mayor Mitch Landrieu, and although the City Planning Commission had suggested requiring the developers to improve the building’s sign as well, Head said it should be done voluntarily.

“This was a really ugly Walgreens at the corner of Napoleon and Claiborne, and they’re doing a pretty substantial renovation to the outside,” Head said. “I would like to urge that they do improve the sign, because it is ugly. … It’s just kind of yucky. I would hope that they choose to do that, but in a show of thanks, we’re not going to force them to do it.”

2222 Peniston | A homeowner seeking to restore her Katrina-damaged house to three units for herself and her two sons was told to find a way to make its current zoning as a duplex work for her family.

Alice Williams said she inherited her house from her parents, but had been struggling through the Road Home process to restore it since the floods. Though it is zoned for two units, it has been used for as a three-family unit for years, she said, and she wants to rent them to each of her sons.

“Katrina took my house away. It took my family away,” Williams said. “I am a New Orleans person who just wants to come home, and it’s my heart.”

Echoing concerns of neighbors, however, Head said that the family’s contractor was well aware of the house’s zoning at least a year ago, and that Road Home would allow the change to two-family. There was significant opposition in the neighborhood to dividing older homes into three units, and should not be necessary in the Williams’ case, Head said.

“There’s no need for people to have to have a three-plex in order to live together,” Head said. 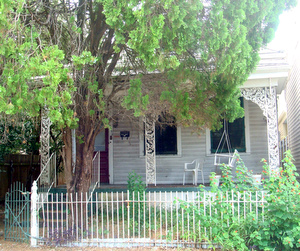 1305 Eighth Street | A dilapidated, century-old camelback in the Garden District was approved for demolition so that the land can be restored to its original use as a garden for an older home next door. Though the house is “not beyond salvage,” Head said, neighbors overwhelmingly support the demolition because the house does not contribute to the streetscape, but the restoration of the gardens will. The historic elements of the house will be kept intact and made available for resale.

Tru Burger | A request to sell alcohol at Tru Burger was approved 5-0. Guidry noted that to-go cups would not be allowed except during festivals on the street and that video poker would be prohibited, and said the new restaurant has proven “a welcome addition to the street.” 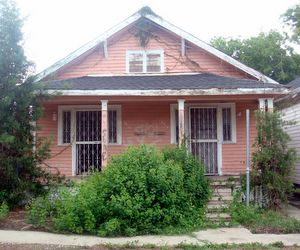 4210 Eagle | This home in the Dixon neighborhood near Hollygrove — which Guidry said continues to deteriorate and is used by vagrants — was approved for demolition (overrulling the Neighborhood Conservation District Committee). It is being considered for a FEMA demolition, Guidry said.

Newman School | The request for “school use” designation on several buildings was deferred until Sept. 15 without explanation or comment.

St. Vincent’s Guest House | The Lower Garden District hotel and hostel was given 90 days to replace the turbine caps that have been there since 1974 with historically accurate versions. 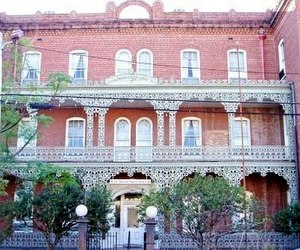