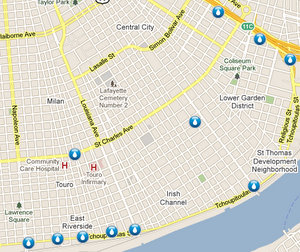 Monday morning’s downpour caused street flooding across the New Orleans area, including along Tchoupitoulas and through the Lower Garden District.

Officials warned of impassable water at the following Uptown locations:

Flooding was also heavy on the Westbank, officials reported.