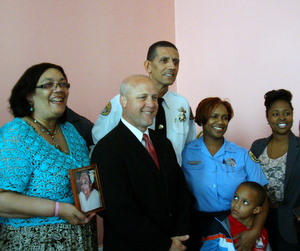 After little more than a year directing more than 100 officers in the New Orleans Police Department’s Uptown-based Second District, Commander Darryl Albert was chosen Friday as the interim replacement for a deputy chief who abruptly retired this week, authorities said.

A 20-year veteran of the department who previously led the department’s SWAT team, Albert was assigned to lead the Second District in June 2010, the only district to receive a new captain in Superintendent Ronal Serpas’ first round of departmental reorganizations. In April, he was one of 16 captains promoted to Serpas’ new classification of commander.

In the wake of Deputy Chief Marlon Defillo’s retirement Thursday following charges of neglect of duty in the death of Henry Glover, Serpas said he will continue assessing leadership in the department before making permanent appointments.