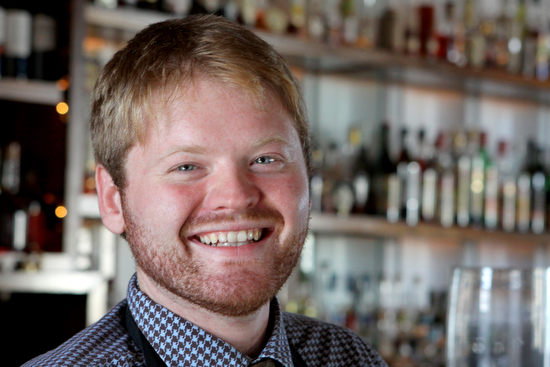 If you have a pulse and you live in New Orleans, you are probably well aware that in the last little while cocktail couture has experienced a celebrated return.  “And why?” you may wonder to yourself.  I’m glad you asked.  I myself am a curious type of fellow so I enquired with some one in the know.  Going straight to the source, I recently exchanged pleasantries with of the local players in the business.

This is what transpired:

JP: So who are you?  Where do you work?  What’s your title?  And how long have you been doing this?

ND: My name is Nick Detrich, and I’ve been a barman at Cure for a year and a half now.

JP: ‘Barman’ has a certain weight to it and nicely so.  Differences from the layman’s perspective of barman to bartender to mixologist?

ND: There’re many names for basically the same person: bartender, bar chef, mixologist, barman, etc. The term ‘mixologist’ was coined in the ’50s to sell books.  I’ve found that some in the last decade have adopted it to give themselves a more professional title as opposed to the guy who does something and bartends on the side.  I prefer the title ‘barman’ or even ‘host’, because it better encompasses what I do.  Only about a quarter of what I do is making drinks; I’m also entertaining folks, offering advice, telling jokes, etc. For someone not in the industry, mixologist is an easy term to apply to someone who knows more about attending than cracking beers and making Long Islands.

JP: Tales of the Cocktail takes place next week.  Describe in your own words what Tales (or for those in the Twitter-verse, #totc) means or is.

ND: Tales is an annual summit, which brings together a diverse crowd related to the craft cocktail scene.  Every summer, newcomers to the craft, enthusiaists, brand ambassadors, writers, and the like, descend upon New Orleans to discuss new ideas and products and drink in their work.

JP: (aside) Speaking of brand ambassadors, I myself was witness to some last summer.  One July evening two doors down from Cure I was watering my lawn when out of nowhere a stretch limo doubleparked up the block.  No big deal.  It’s Cure, right?  Then one, two, three nay a dozen or so leggy, young women all dressed identically in brown minidresses and yellow scarves (I can’t make this up) single file out of said limo.  I looked around to see if Robert Palmer was nearby and remembered he had long since passed.  I later found out they were the brand ambassadors for Angostura.  But I digress.  (Ahem) Nick, why Tales of the Cocktail?  I mean, what’s the big deal?  Any parallels in other cities or is Tales “unparalled”?

ND: What began as a modest book signing event in the Carousel Bar of the Hotel Monteleone nearly a decade ago, has become the premier meet and greet for the cocktail world.  Gaining momentum very quickly, Tales quickly expanded to include tastings, seminars, contests and more, providing an incubator of sorts for the returning craft that was still in its infancy.  Now Tales is a place where new products are unveiled, individuals and organizations are honored for their skills and contributions to the craft, and passionate people really dork out about things like the thermodynamics behind shaking a cocktail.  Today there are a few gatherings that are picking up speed, the only one that is comparable to Tales is the Manhattan Cocktail Classic, which is held in NYC every spring.

JP: Best experience in your time either working Tales or otherwise? 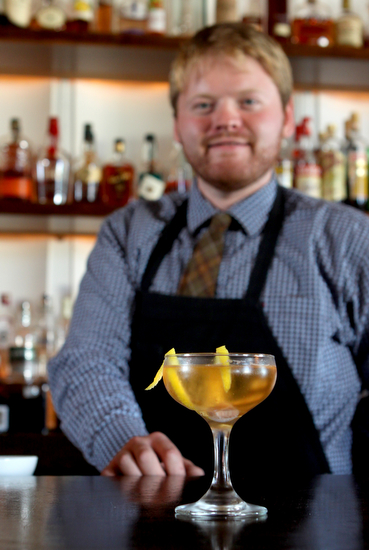 ND: Last year I had a lot of fun at the Bartender’s Brawl, which is an event where five of the best bars in the nation are selected to square off against one another at Generations Hall.  There are five different stations set up where people can walk about and sample a cocktail from very deft hands from very far away in one room.  The judges are usually some titans in the industry.  Last year was Dale Degroff, Steve Olsen, Audrey Saunders, and Chris McMillian to name a few.  Ritchie Boccato asked me to play the accordion for their French-Themed set up at the Dutch Kills station.  I had a lot of fun waltzing about their area and serenading folks.

JP: Words of wisdom for the uninitiated looking to get their Tales on this year?

ND: If this is your first Tales, look at the schedule and decide what events you really want to do and stick to it.  Once you set foot in the Monteleone, it’s very easy to get swept along in the current of enthusiastic cocktail folks.  That being said, you can also have a really good time just showing up and wandering around the hotel.  Make sure that you buy your tickets now though, many events are sold out and most do sell out before everything begins.

JP: And on that note, if I told you the buzz about town is during Tales there is no available glassware left to rent in all of New Orleans, your response would be…?

ND: Well, when tens of thousands of professional drinkers descend, it’s not surprising to hear of glassware going. Also, a lot of booze can be harder to come by. Last year Benedictine (a key ingredient in a New Orlean’s classic, the Vieux Carre) was out of stock, since so many bars and people presenting seminars bought it up. You’ll also be hard pressed to find Fevertree tonic water and bitters at Stein’s Deli, as presenters and party throwers will buy out their stock.

One thought on “Jean-Paul Villere: Gettin’ Told — Nick Detrich Talks on Tales of the Cocktail”