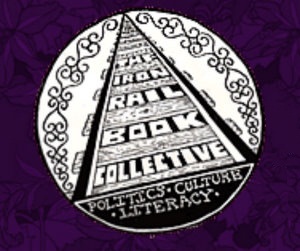 Contrary to appearances at the time, the city’s shutdown of the Iron Rail Book Collective in March was not about a feud between police and downtown anarchists, one member said Saturday morning: it was an attempt to rid a gentrifying downtown of homeless people.

Speaking at the Gillespie Memorial Community Breakfast at Uptown’s First Unitarian Universalist Church, the New Orleans writer who publishes as Jules Bentley (at his own website, in the Raging Pelican and elsewhere) said that he was among those arrested in a clash between the NOPD Fifth District and the anarchic Krewe of Eris during Carnival time, but largely characterized the violence in that incident as the clumsy, overly harsh response by police officers accustomed to handling far more dangerous situations to a the excesses of a large, rowdy and disruptive group of paraders. Though the police closed The ARK collective in the Marigny for lack of proper permits soon afterward, Bentley said that was the result of long-simmering distrust by some neighborhood residents of the homeless people who congregated around the bookstore – the NOPD were just acting on the residents’ complaints.

“Obviously, the police are always the shock troops in class warfare,” Bentley said.

The two dozen or so people in the audience Saturday morning asked a number of appreciative questions about Bentley’s experience and the bookstore’s ultimate reopening in the French Quarter last month. Afterward, Riverbend resident Sue Weischer said she appreciated hearing Bentley’s take.

“I thought he had a real grasp on the dynamics of the neighborhood and the forces that came together to make this catastrophe happen,” Weischer said of the bookstore’s closing. “If places like that can’t have a home in New Orleans, then it’s not the New Orleans I know and love.”

To read our live coverage of Bentley’s presentation, click “Replay” in the box below.

One thought on “City shut down anarchist bookstore to run off homeless, member says”