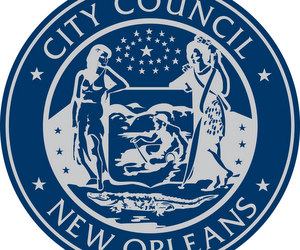 Four Uptown businesses plan to make requests before the City Planning Commission on Tuesday: Ignatius Eatery on its plan to move into the Rue de la Course site on Magazine, a request for a Japanese convenience store and coffee house on South Carrollton, the Walgreens on Claiborne’s intent to begin selling package liquor and a proposal for a fresh food market on Earhart Boulevard near the Fontainebleau neighborhood.

Ignatius’ move | According to documentation filed with the planning commission, Ignatius Eatery hopes to occupy the space now used for Rue de la Course on Magazine Street in the Garden District, but needs city council permission to sell alcohol there.

City planners recommend the request be approved with the usual set of conditions: it must only serve alcohol to customers there to eat, it must be closed by midnight, no go cups are allowed, and the owner must submit a plan to the city for handling trash and litter.

Konbini on Carrollton | A request to open a Japanese convenience store and coffee house on the corner of South Carrollton and Panola faces a tougher road to approval on Tuesday: the opposition of five nearby neighborhood groups and the city planning staff.

Konbini, which bills itself as a “small coffee shop serving coffee, espresso, tea and pastries and a Japanese convenience store mainly selling rice, noodles and sauces,” is located in a building at 2101 South Carrollton that is zoned for residential use but long been used commercially, including a drug store in 1937, the planning staff reports. Its last use was a professional office, but six months after that closed, the permisson for a business there expired, and it reverted to a residential site again.

In their recommendation against allowing a business, city planners noted that Konbini would likely create more parking problems in the neighborhood than the previous offices had. The site’s long history of commercial use works in Konbini’s favor, but the property lacks some features the cty looks for in a historic use. More problematically, a commercial designation for the property would constitute “spot zoning” in an otherwise residential neighborhood, especially on a block that already has one other commercial structure.

Fresh market on Earhart | The city is also recommending denial of a request by Amber T. McKnight to open a “fresh food market,” a grocery focusing on fresh fruits and vegetables, in a shotgun on Earhart Boulevard between Broadway and Pine.

The location is between a vacant office building and a corner bar, so it would not be considered spot zoning, but an extension of the existing commercial district on Earhart, the planners wrote. But the city’s Master Plan designates the house residential, and furthermore, the lot has no realistic space for parking for the grocery’s customers, the planners write in their recommendation for denial.

Alcohol at Walgreens | The city will recommend approval for alcohol sales at the Walgreens Pharmacy at the corner of Claiborne and Napoleon. The location is also set for renovations, and city planners say a number of additional steps should be granted before Walgreens is allowed to sell alcohol: chain link fencing on the property must be replaced with wood fence, landscaping must be improved, the design for the store’s sign must be approved by the city, and the store must take steps to ensure alcohol is not consumed on-site.

Kelli Wright of the Broadmoor Improvement Association wrote the city asking for even stricter conditions, such as security guards, reduced hours and prohibitions against the sale of individual containers of alcohol. “The Walgreens pharmacy has already proven that it is not a good neighbor to Broadmoor,” wrote Wright. “There is always trash in the parking lot as well as a steady stream of vagrants and panhandlers.”

All decisions made by the City Planning Commission on Tuesday must go to the City Council for a final decision.

8 thoughts on “Ignatius on Magazine, Walgreens on Carrollton, and proposals for coffee shop and fresh market Uptown all seeking city approval”