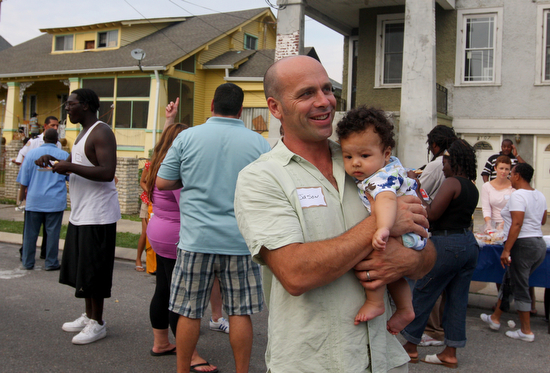 Jason Miner holds his son, Jupiter, with a smile on his face at the "Community Without Violence" block party in Milan on Wednesday night. (Sabree Hill, UptownMessenger.com)

Two months ago, residents near the 2100 block of General Taylor in the Milan neighborhood likened it to a war zone, cowering in their homes while the latest gun battle raged in the street, then wearily emerging to pull the bullets out of their homes.

On Wednesday night, Milan residents celebrated the armistice since then with a party in that very block.

“It’s like a dream,” said nearby resident Helene Barnett. “To be perfectly honest, who would have thought that in New Orleans, the police would respond to our request? But they’re walking the beat. On a scale of one to 10, it’s gone from a one to an eight almost overnight.” 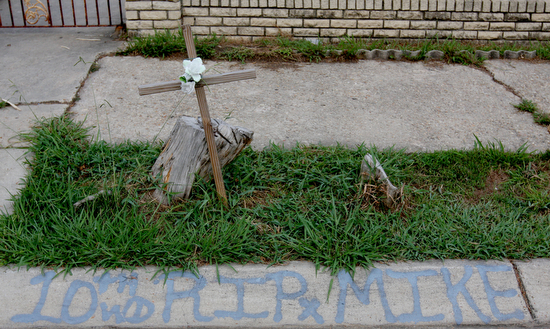 With posters, snacks, music and games, the party stretched the length of the block along the side of the remodeled Atkinson-Stern Tennis Center and drew more than 60 residents. Tennis balls could be heard popping against the center’s high wall on one side of the street, while a gray spray-painted “RIP” under a wooden cross on the other side of the street marks the place where a man was gunned down in Easter Sunday of 2010, an unsolved killing that still scars the residents’ memories.

Between those two symbols of life and death, residents stepped one by one to the microphone to thank police for their efforts. Gail Watson, who lives in a house bought by her parents more than 60 years ago, thanked the officers for their increased visibility in recent days. The speaker after her, a Milan resident for only seven months, expressed her pleasure that a dozen or so uniformed officers showed up to the party as well.

The third speaker, Theresa Bowman, cheerfully recounted overhearing a group of angry young men outside her house just the other night.

“They were bitching and screaming really loud about that paddy wagon sitting right there,” Bowman said, referring to a prisoner wagon that police assign to high-crime areas. “Heavens, was it a welcome sight. These small things really do work.” 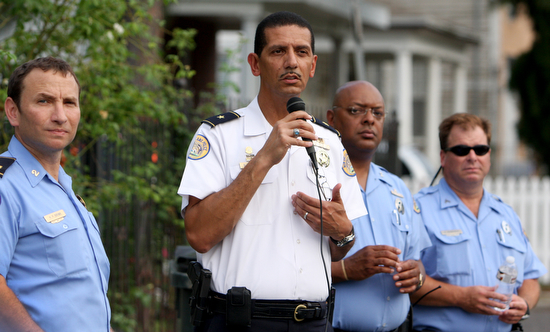 NOPD Second District Commander Darryl Albert returned the residents’ praise with his own for their diligence on their own behalf. Because of their efforts, he said, recent trends in police calls in Milan have been for auto burglaries, not shootings, a victory of sorts in itself.

“We’ve been having some success here, but we haven’t done it alone,” Albert said. “We heard your cries. We’re going to keep brainstorming and thinking of what we can do to keep your area safe. … The thanks is to you all, not to us.”

Permanent changes in the neighborhood have yet to take place, as residents said they are unaware of the arrests of any major players or the sale of any properties they know as crime hotspots. But the suppression of crime is a good start, said Eva Sohl of the Freret Neighborhood Center, the housing nonprofit that has been helping guide some of the organizing efforts in Milan.

“Maybe we’re making the neighborhood ‘inhospitable to criminals,'” Barnett said, intentionally repeating a phrase used by Councilwoman Stacy Head during an April meeting between residents and police. “That’s all we as neighbors can do.”

The residents of the problem houses, “they’re still here,” Barnett continued. “But as long as they behave, they can stay. It’s be nice or leave, right?” 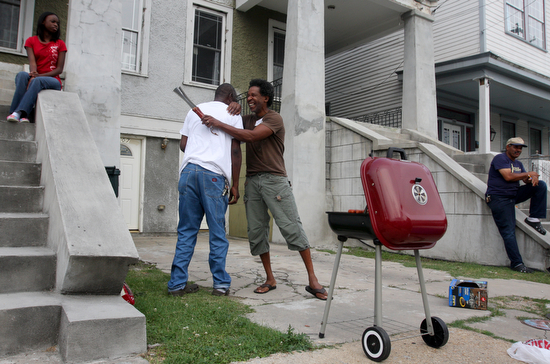 For Brian Dangerfield, a 23-year-old lifelong Milan resident, the crime in his neighborhood hit home last year when his mother was the victim of a carjacking. But Dangerfield said he too has seen more officers in recent months, and he feels events like Wednesday’s block party represented a good first step toward getting to know his neighbors better, even meeting some of them for the first time, to cooperate on keeping one another safe. 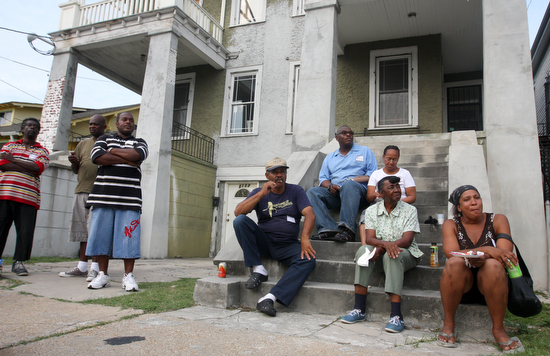 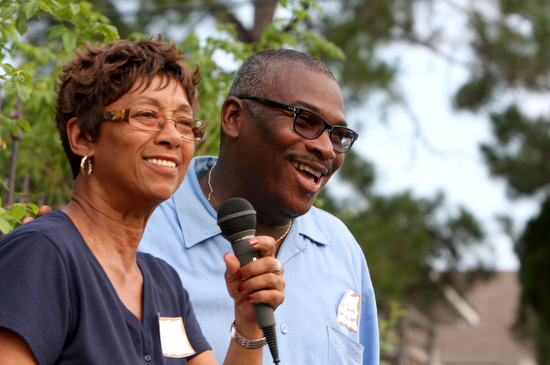 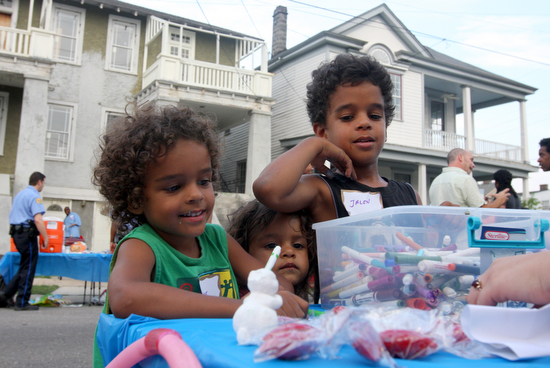 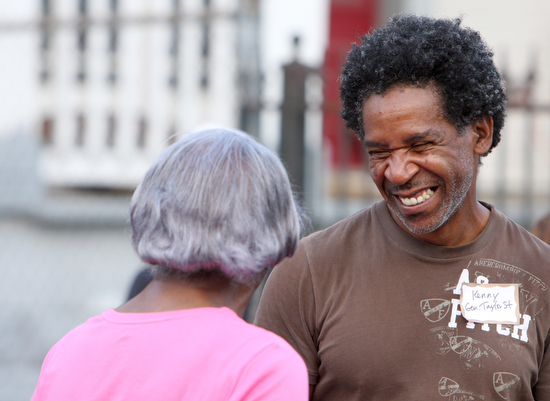 Kenny Barnett smiles as he talks with neighbors at the "Community Without Violence" block party Wednesday night on the 2100 block of General Taylor St. in Milan. (Sabree Hill, UptownMessenger.com)

One thought on “From a nightmare to a dream: Milan residents celebrate recent peace on their streets”