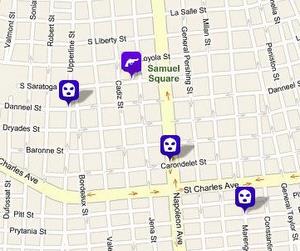 Police found a man inside his truck on an Uptown street suffering from two gunshot wounds early Sunday morning, apparently the latest victim in a rash of robberies at gunpoint.

Police found the man at 5:20 a.m. Sunday while responding to a report of a shooting in the 4500 block of South Saratoga, said Lt. Mike Montalbano of the NOPD Second District investigative unit. The victim remains in critical condition, Montalbano said, but investigators believe the shooting was during a robbery attempt.

The shooting took place within blocks of three robberies at gunpoint that occurred during a one-hour time span Wednesday night, and amid a broader trend of armed robberies Uptown that now numbers more than a dozen in two weeks. Police have made tentative links between several of the cases, based on approximate descriptions from the victims, but have yet to identify suspects.