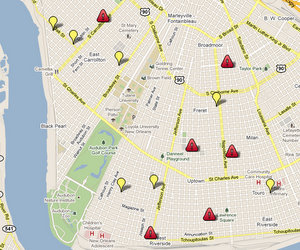 The rash of armed robberies across Uptown New Orleans has continued into another week, no longer believed to be the work of a single gunman targeting lone victims on the street, now involving multiple apparently-unrelated incidents of groups of robbers attacking a restaurant manager, barging into an unlocked home and forcing a man to give up his car in front of his home.

For the most part, the robberies do not appear to be related, said Lt. Mike Montalbano of the NOPD Second District investigative unit. Most were conducted in such different circumstances – using different methods in varying locations – that they appear to be conducted by unrelated groups of people, he said.

Although police have yet to identify suspects in any of the gunpoint robberies, Montalbano said detectives are working strong leads in several of them. Fingerprints were lifted in several of the cases, and investigators are trying to recover video footage from private security cameras in some of the others, he said.