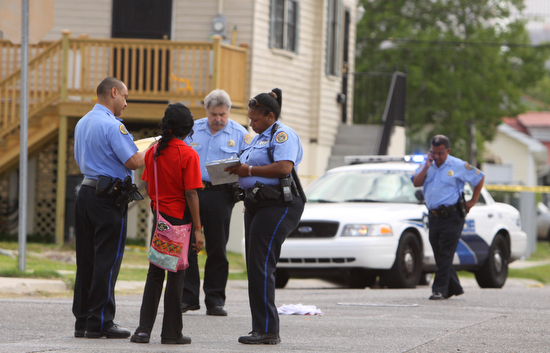 Police investigate the scene of a shooting at the the intersection of Milan and South Johnson streets in Broadmoor Friday. The shooting took place about 11:30 a.m. Police found a 17-year-old male lying in the middle of the street with a single gunshot wound to his back, according to New Orleans Police Department spokesman Garry Flot. He was rushed to a local hospital, where he was in critical but stable condition. Suspects or motive are not available right now, Flot said. (Sabree Hill, UptownMessenger.com) 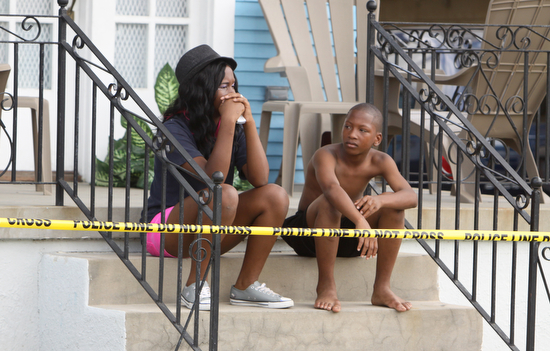 Children sit on porch steps behind police tape at the scene of a shooting near Milan and South Johnson streets Friday afternoon. (Sabree Hill, UptownMessenger.com) 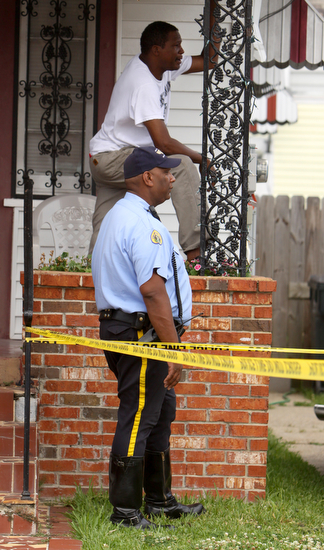 A Broadmoor resident stands next to an NOPD officer and watches the police investigation of a shooting near Milan and South Johnson streets Friday afternoon. (Sabree Hill, UptownMessenger.com)