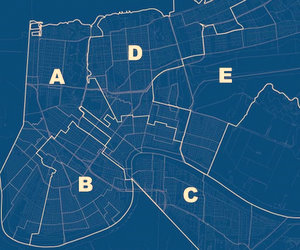 With new district lines now drawn for state House and Senate seats, the New Orleans City Council will be the next governing body to participate in the redistricting process, and a town hall meeting has been scheduled for Thursday evening to introduce residents to the process.

Although Uptown’s post-Katrina population shifts were not as dramatic as elsewhere in the city, some of its council representation could still be subject to change. Susan Guidry’s District A, which stretches from Lakeview to Mid-City down to the Audubon neighborhoods, will have to be reduced by greater than 10 percent from its current population of 77,166. Stacy Head’s District B, which runs from Uptown to the Central Business District, has a population of 70,903 — the closest of any of the districts to the new target of 68,768 — but may have to shift to accommodate the more dramatic population changes in neighboring District C and possibly also District D.

The city is also planning a series of meetings to gather input about the process within in each district, and the dates and times of all those meetings will be provided Thursday.

Separately on Thursday, both the Irish Channel and the Carrollton-Riverbend neighborhood associations will have their own meetings. For more details and links, see our full calendar listings below.