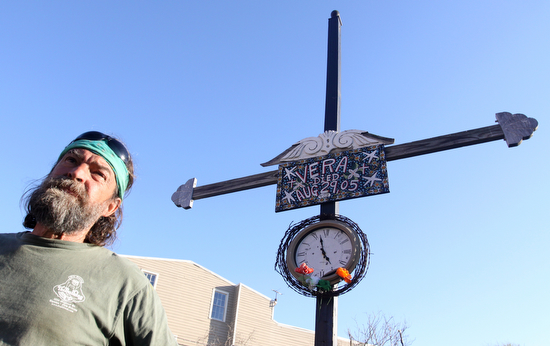 Magazine Street folk artist Simon Hardeveld stands next to his artwork on the corner of Magazine Street and Jackson Avenue. The piece is a memorial to Vera Smith who died on Aug 29, 2005 after Hurricane Katrina and whose body was left abandoned for almost a week. A new restaurant, Charcoal Burger Bar, is planning to build on the vacant lot. "She will not be forgotten," said Hardeveld. (Sabree Hill, UptownMessenger.com)

During Hurricane Katrina, the vacant lot that will soon become Charcoal’s Gourmet Burger Bar was the site of the temporary grave of Vera Smith, who was killed by a hit-and-run driver and whose body lay outside unclaimed by authorities for days until neighbors built her a makeshift grave with the spray-painted inscription, “Here lies Vera – God help us,” that became a nationally-known image of the city’s despair.

Smith’s body was moved soon afterward, but the site remains marked by a cross memorial designed by artist Simon Hardeveld. Hardeveld, whose studio in “Antiques on Jackson” is adjacent to the site, said he will move the memorial soon to accommodate Charcoal’s construction. 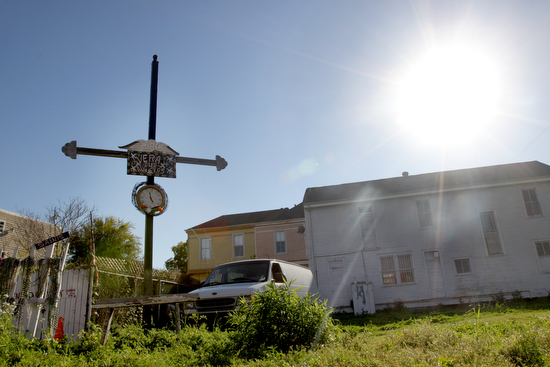 Grass grows tall around the memorial to Smith on the vacant lot. (Sabree Hill, UptownMessenger.com)

Like many neighbors in the area, Hardeveld is happy to see progress made at the lot, where weeds and tall grass defy lawn-care efforts and litter accumulates quickly from a nearby bus stop. 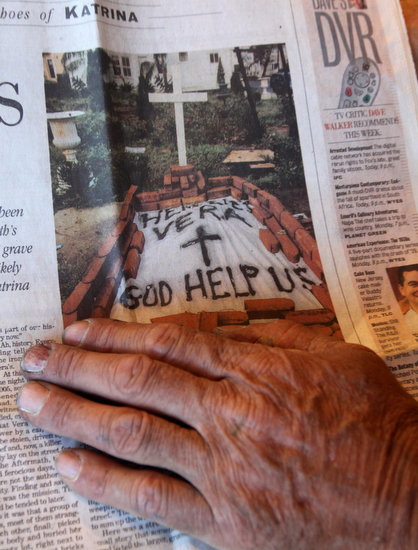 Hardeveld shows a Times-Picayune article from October 25, 2009, titled "Echoes of Katrina" that writes about Vera Smith. "It was part of the mess of Katrina," said Hardeveld about Smith's death. (Sabree Hill, UptownMessenger.com)

“Something needs to be done with the lot,” Hardeveld said. “It is sad to see a big, empty lot at a great intersection.”

Construction on Charcoal’s could begin as soon as four weeks from now, said Kimberly Finney, architect for Charcoal’s, and the details of what will be done with the shrine to Smith have not been worked out.

“We definitely want to be respectful of what took place,” Finney said.

“She will not be forgotten,” Hardeveld said. 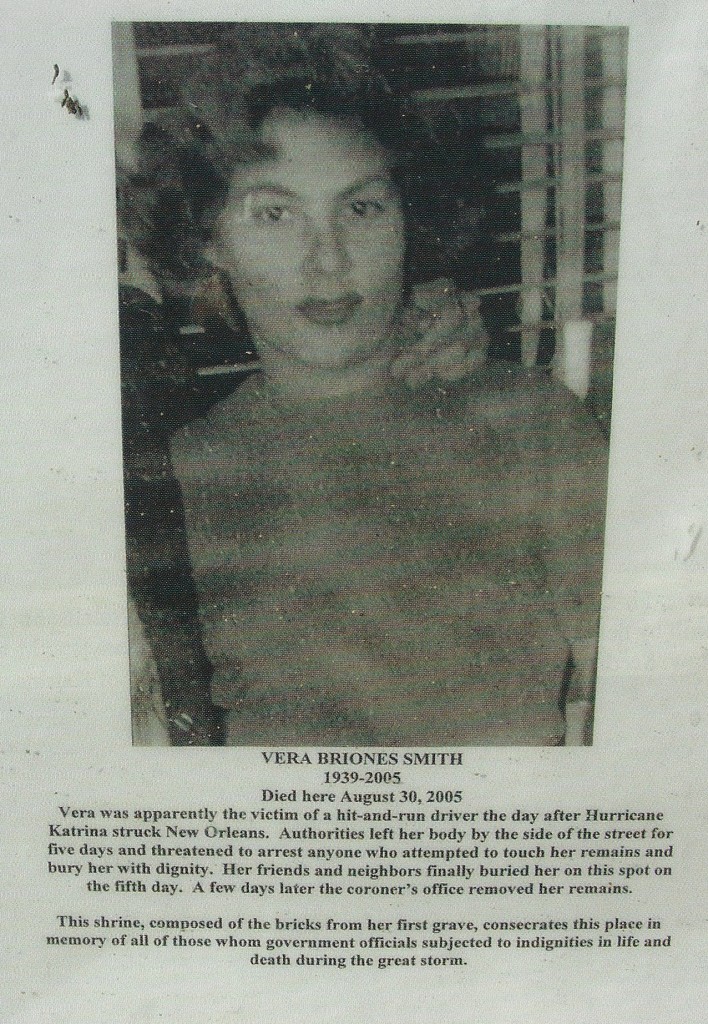 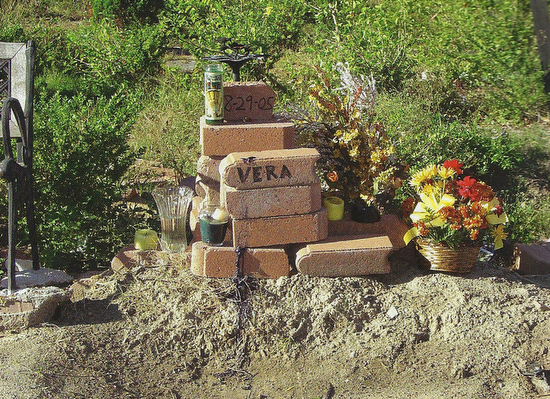 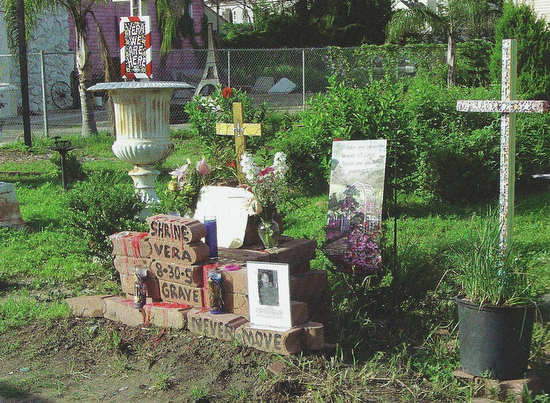