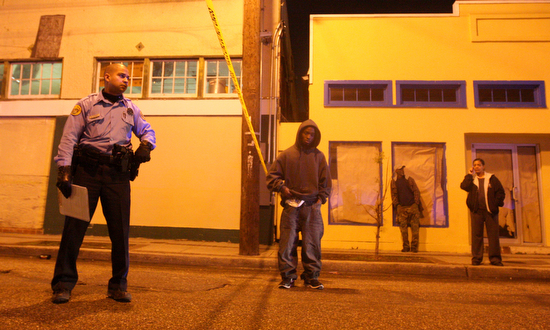 A young man was gunned down late Monday night outside a Freret Street bar open in spite of a previous city sanction closing it for the month of January, police and acquaintances said.

The victim, a 19-year-old whose name has not yet been released, was inside Friar Tuck’s bar around 11 p.m. Monday when he was “summoned outside,” left the building and began walking toward a car he had left parked across the street, said Capt. Darryl Albert, commander of the NOPD Second District.

“When he got to the car, shots rang out,” Albert said, adding that either three or four rounds were fired.

The victim was a young man from the Freret neighborhood, said Henry Wade, a family friend who stood with mourning relatives throughout the investigation. He could often be found playing basketball in neighborhood pickup games or sitting on the porch with his grandmother, Wade said.

“He was a good kid, just in the wrong place at the wrong time,” Wade said. “You’ve got no control over what other people want to do to you. He was just out having fun, like any other kid.”

Friar Tuck’s was originally slated to be shut down for most of January, as the city’s Alcohol Beverage Control Board in mid-November had ordered its liquor license suspended for 30 days beginning in early January, based on a police raid last summer that found the vast majority of bar patrons were under the age of 21 and drinking. Bar owner Jason Blitch had apparently appealed that order, however, allowing him to remain open this month, Albert said.

Officers on a routine visit to Friar Tuck’s earlier this month to check the status of the alcohol board’s order found a gun on one of the patrons, Albert noted.

The investigation into Monday night’s slaying should be aided by ample amounts of private video surveillance along the Freret business corridor, where police have previously said a number of homes and businesses are equipped with sophisticated camera systems. Even Friar Tuck’s has its own multi-angle camera system, as video from both inside and outside the bar figured prominently into its November hearings.

Freret Street was closed until about 2 a.m. for the investigation, drawing a large crowd of grieving onlookers on the downtown side of the crime scene. After midnight, the numbers of people on the street dwindled to about 15, mostly silent, speaking in whispers, or softly weeping while the police did their work.

Anyone with information should call CrimeStoppers at 822-1111. 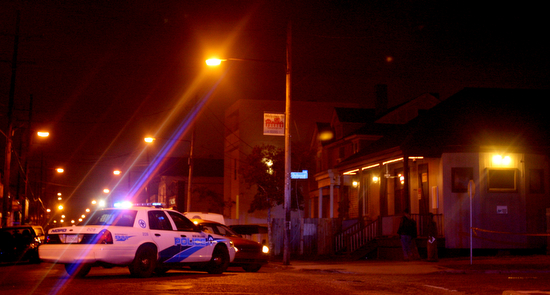 Police investigate a fatal shooting that occurred in front of Friar Tuck's on Freret and Dufossat St. late Monday night. The victim was shot after leaving Friar Tuck's, according to police. (Sabree Hill, UptownMessenger.com)