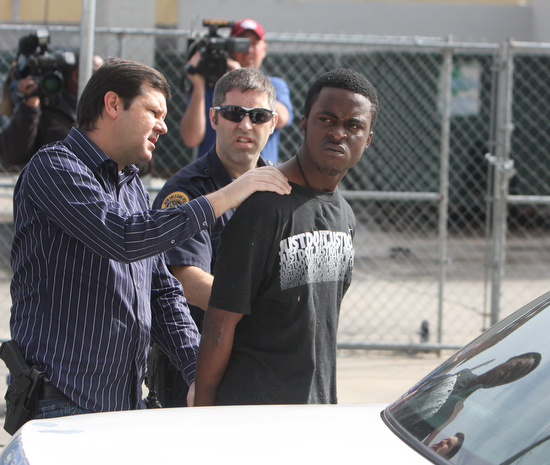 NOPD officers get the robbery suspect out of a police car on Freret St. so he can be identified late Tuesday morning. He was positively identified by the victim and several witnesses that saw him running from police. (Sabree Hill, UptownMessenger.com)

A man who allegedly robbed a student at gunpoint Tuesday morning and fled on foot through the Freret neighborhood was arrested a short time later on Freret Street, but one of the officers involved in apprehending him was cut on the chin and will require stitches, police said.

A 19-year-old student was robbed at gunpoint of his clothing, hat, jacket, shoes and cell phone about 10:25 a.m. just off Freret Street near Soniat and Upperline streets, said Lt. Charles Little of the NOPD Second District. The student ran home barefoot, and his mother called police.

Two Second District officers, Paul Dimitri and Robert Rigamer, reached the area quickly as the suspect fled through the neighborhood. Police who converged on the area found him shortly afterward hiding in the 5000 block of Freret, but as they arrested him, one officer was struck on her chin by a nearby object and received a cut that will require stitches, Little said.

The suspect (whose name has not yet been released) was positively identified by the victim and by several witnesses who saw him running through the neighborhood, Little said, and the stolen items were found stashed in a trash can near Soniat and LaSalle. 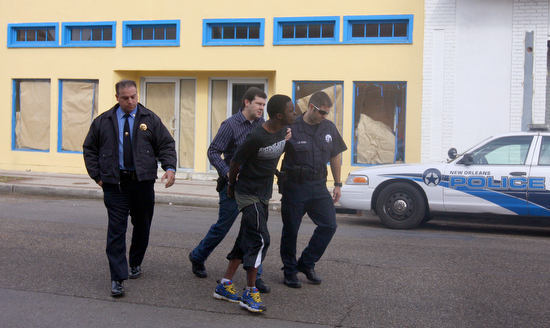 A robbery suspect is taken to a police car on Freret St. after being positively identified by the victim and several witnesses that saw him running from police. (Sabree Hill, UptownMessenger.com) 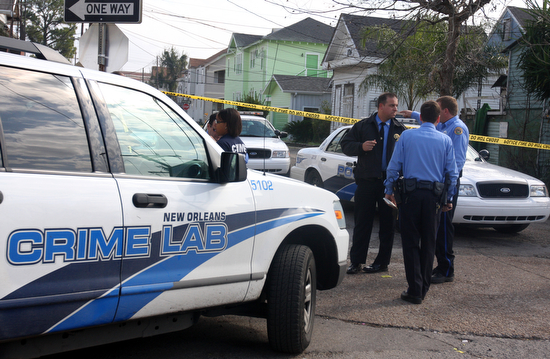 Police investigate the scene on Soniat and LaSalle St., where the stolen items were found in a trash can. (Sabree Hill, UptownMessenger.com) 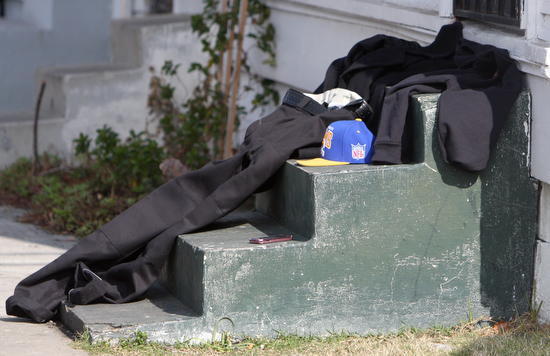 Clothing items, a hat, shoes, a chain and cellphone sit on top of stairs, after police found the stolen items in a trash can on Soniat and Upperline St. (Sabree Hill, UptownMessenger.com)