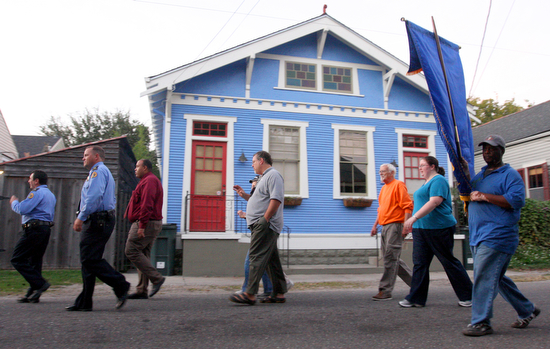 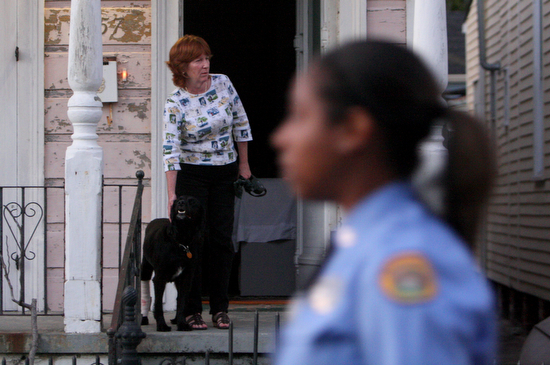 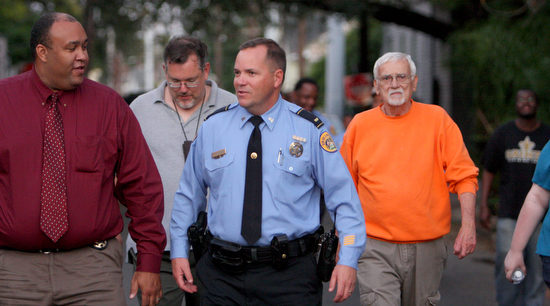 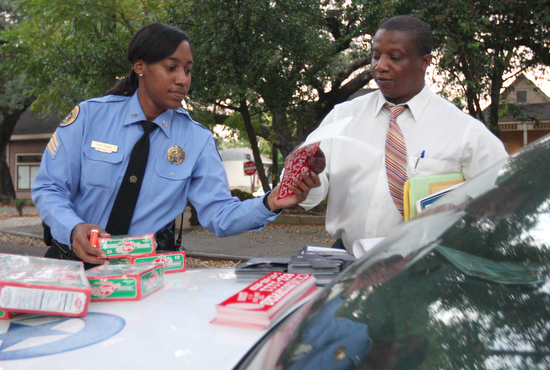 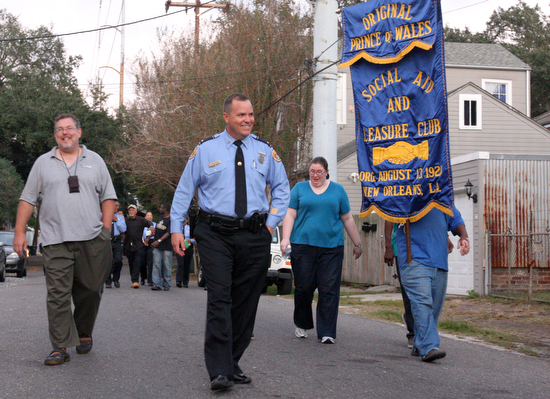 Second District police officers and New Orleans residents march down Annunciation St. during the Uptown Anti-Crime Walk Tuesday evening. "We in the Milan area are attempting to plan a crime walk, so I wanted to go to one in another neighborhood," said Veronica Sharkey, Milan resident. "I think they are good for visibility and seeing neighbors and police interact in a positive manner," said Sharkey about anti-crime marches. (Sabree Hill, UptownMessenger.com) 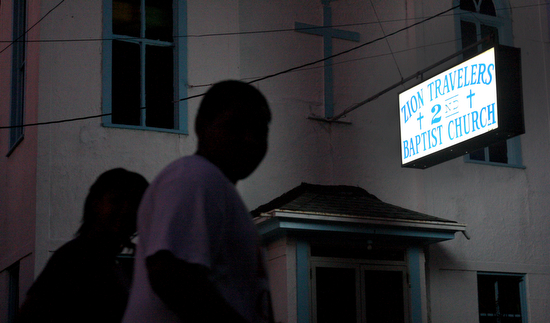 Residents pass the Zion Travelers 2nd Baptist Church during the march. "I think it's a great idea to have police walking amongst the regular folks in the neighborhood," said Debby Pigman, Faubourg-Delachaise Neighborhood Association President. "We get to know the police and they get to know us. Potential criminals see the walk and know we are working together," said resident Nat Fleck. (Sabree Hill, UptownMessenger.com)