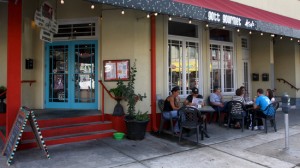 Two restaurants on Magazine Street were granted permission to sell alcohol and a church was cleared to build on an empty lot in Milan last week by an enthusiastic city council.

Both Gott Gourmet Cafe, in the Garden District, and the Courtyard Grill, near Napoleon Avenue, must agree to follow a list of conditions in order to add liquor to their menus, said Councilwoman Stacy Head as she led the approval process before the city council. Signs for alcoholic beverages, video poker and go cups will all be prohibited, the restaurants’ owners must sign good-neighbor agreements with their surrounding neighborhoods, and they must close at 10 p.m. on weekdays and 11 p.m. on the weekend.

The changes only drew one opponent to the city council meeting, John Pecarrere, who lives in the neighborhood just behind the Courtyard Grill and argued that too much alcohol is being served near the Magazine-Napoleon intersection, where there are also churches, a playground and a school.

“Bars change. Restaurants change, and become more bars over time than just restaurants,” Pecarrere said. “Are we going to turn this area into a Fat City? I thnk y’all should address this heavy concentration of bars in this area.” 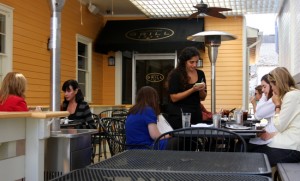 Head replied that the neighborhood association in the area initially shared some of Pecarrere’s concerns, but that seeing the Courtyard Grill’s operation over the last several months had changed their minds. The Courtyard Grill has been a “quite good neighbor,” Head said.

“There of course are fears about what could happen in the future, but that should not stop improvement and development in the city of New Orleans,” Head said. “This is not a bar. This is a restaurant. Should this ever morph into a bar it will be shut down immediately. … I certainly understand the fears of the area not devolving, because really it’s still on an upswing.”

Courtyard Grill owner Eddie Salmanian said after the hearing that he simply wants to give his customers the beverage of their choice as they dine on the restaurant’s Mediterranean fare. He said he recently moved his family from Metairie to the block just behind the store and is excited about the growth he sees.

“It is so delicious. It is so good,” Head said. “It’s a great Saints watching place. Can’t decide between that and Tracey’s. And you’ve got to have your cold pop with your hamburgers to watch the Saints – your liquor, your beer.”

New church in Milan | The council also granted approval to Fellowship Missionary Baptist Church to rebuild on vacant lot at the intersection of General Taylor and Clara streets in the Milan neighborhood. The sanctuary is planned for more than 500 people and the building is planned to take up most of the lot, so the church has bought a number of nearby parcels to use for parking, but they are only expected to provide about 27 lots of the 135 that would normally be required.

City staff had recommended the church be required to reach 68 lots, about half of the normally-required number, but amid fears that could slow the church receiving its city permits, Head recommended waiving any parking requirements whatsoever in hopes the project will spur more development nearby.

“My church doesn’t have parking and I still go. … I’m trying to think of the negatives of that, and I’m having trouble,” Head said. “I really think this modern architecture is cool and is going to be neat, compared to some of the older houses in the neighborhood, so, an ‘A’ for effort and beauty.”