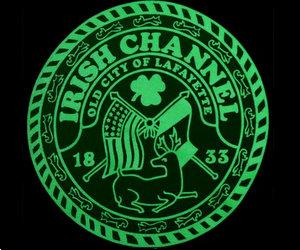 The Irish Channel Neighborhood Association is continuing its efforts to clean up properties owned by a troubled nonprofit by taking members’ concerns about crime and neglect to the mayor’s office.

In July, a home in the 2300 block of Laurel Street owned by Galilee Housing Initiative was the target of a drive-by shooting, the second such incident there, said Irish Channel board member Adolph Lopez at the association’s monthly meeting Thursday night. The neighborhood then compiled a record of all the police calls associated with the address over the past 17 months and compiled it into a letter, and sent it to City Councilwoman Stacy Head for review, Lopez said.

Head then read the letter into the record during the city’s budget hearing on blight issues, said board member Ed McGinnis. The next step, he said, should be either an audit of Galilee by the city or an investigation into criminal activity at the property by the district attorney’s office with an eye toward seizing it, McGinnis said.

A property on Chippewa Street Galilee acquired for free from the Housing Authority of New Orleans was the subject of an investigation by Karen Gadbois of The Lens in March. Galilee has also received more than 70 properties from the city after Hurricane Katrina with a mission of transforming blight into low-income housing, Gadbois has written.

“Instead, the Galilee Housing Initiative and Community Development Corporation has failed to renovate even one property, and its poorly tended properties have drawn criticism from neighbors – and more than a quarter of a million dollars in code enforcement fines,” Gadbois wrote last month. “Most of the properties in question fall into one of two categories: Empty overgrown lots; or lots with untouched flood-damaged buildings, open to the elements and presenting a serious danger to nearby residents.”

Mayor Mitch Landrieu launched his fight against blight this month by demolishing a Galilee-owned condominium in New Orleans East, and city officials said at the time they are seeking ways to get the properties “into the hands of responsible property owners.”

Galillee’s executive director, Carolyn Williams, has told Gadbois that the nonprofit still plans to renovate the properties, but has been hampered by the slow economy. McGinnis said that after the last drive-by in July, he spoke directly to Williams and sent her the same list of crimes there, but has heard no response.

” ‘This property has some issues,’ ” McGinnis said he told her. ” ‘Are you aware of the issues, number one, and, two, now that you are aware, will you at least talk to these folks?’ … She was really unresponsive after that time.”

“When they don’t pay attention to that, the social situation starts to break down,” Lopez said. “We’ve had neighbors across the street move away because there was vandalism and so forth, and finally two drive-by shootings.”

Other Properties | Meanwhile, the board looked favorably on plans for a new recording studio in the neighborhood but has continued concerns about a sandwich take-out.

The potential buyer of a metal warehouse in the 600 block of Ninth Street wants the Irish Channel’s blessing to build a recording studio inside, said association president Kara Morgan. The zoning of the building won’t change, but the owner will need a “change of use” from the city council, and he wants to make sure the neighborhood won’t oppose him before he purchases the building.

“They keep emphasizing that there shouldn’t be any noise to the neighbors, because if we can hear out, they can hear in,” and street noise would likely ruin any recording, Morgan said.

More of a concern to the association was the possibility of people congregating outside during breaks in late-night recording sessions, making noise and disturbing the sleeping neighbors, and board members said they may attempt to get some assurances against that. But in general, as they passed around a laptop with a floor plan for the studio, they offered glowing appraisals of what they saw: the studio could “up our coolness level,” several members joked, as they unanimously voted not to voice any objection to the studio as it is currently planned.

They were less enthusiastic, however, about a request to reopen a takeout sandwich shop on Jackson Avenue. The owners allowed too much loitering when it was previously open, board members said, making the neighborhood reluctant to approve a store where customers couldn’t even eat inside.

“We’re going to have to figure something out,” said Morgan, proposing additional conversations with the owners. “They’re definitely not going away, but no one’s agreeing with what they’re doing.”

Losing Rachel Sims | The association lamented the closing of Rachel Sims Baptist Mission, the century-old community center that hosts after-school tutoring and summer camps, maintains the nearby Clay Square park and houses thousands of volunteers from around the country every year. Ownership of the mission has been transferred, and the mission is set to close at the end of the year, Morgan said. On Friday, the websites associated with the mission appeared to have already been taken down.

Christmas Party | The Irish Channel Neighborhood Association will be held from 6 to 8 p.m. Thursday, Dec. 9, at Tracey’s on Magazine Street, chosen because its restaurant area can easily accommodate families with children. The association will be collecting unwrapped toys, canned food and cash or check donations for the New Orleans Police Department’s Sixth District’s annual holiday fundraiser, to which the association as a whole voted to donate $500 this year.