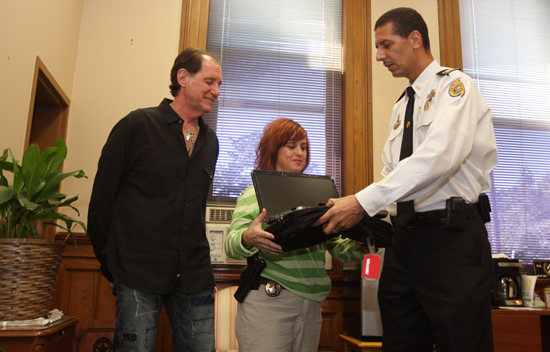 More than a dozen detectives in the New Orleans Police Department’s Uptown-based Second District now have laptop computers to carry into the field and an injured officer has a little more financial security thanks to a series of recent donations around the department.

The 14 computers were donated by COPS II, a civilian organization that raises money on behalf of the Second District. With them, detectives will be able to review and enter reports from the road, reducing the amount of time they have to spend in the office.

The city police department cannot afford many of the basic supplies that officers need, so members of COPS II have helped buy items from office equipment to even such essentials as toilet paper since its founding in 1990. The group’s next donation will be bicycles for the bicycle patrol.

The lack of a budget for basic supplies was mentioned Monday during the New Orleans City Council’s budget hearings, as was the aging condition of the Second District station. Chief Ronal Serpas told the council that next year’s top budget priority is ending the mandatory unpaid time-off days that have stripped the department of its manpower, and that supplies and renovations will have to wait. 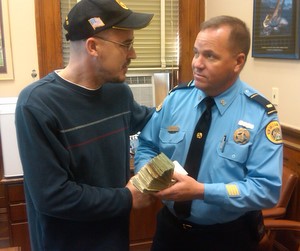 NOPD Second District Lt. Mike Montalbano presents $4,050 in proceeds from a raffle to Officer William Marek, who has been unable to work since he was injured in the line of duty.

Meanwhile, a raffle on behalf of Officer William Marek raised $4,050 to help him, his wife and their five children with their expenses since he was severely injured in January when a suspect fleeing police crashed into his patrol car. Marek has had multiple surgeries since the crash, Albert said, but is still unable to return to work. (The district’s anti-crime march in September was dedicated to Marek.)

“This is how we care for each other,” Albert said in an email after the raffle. “Thank you.”