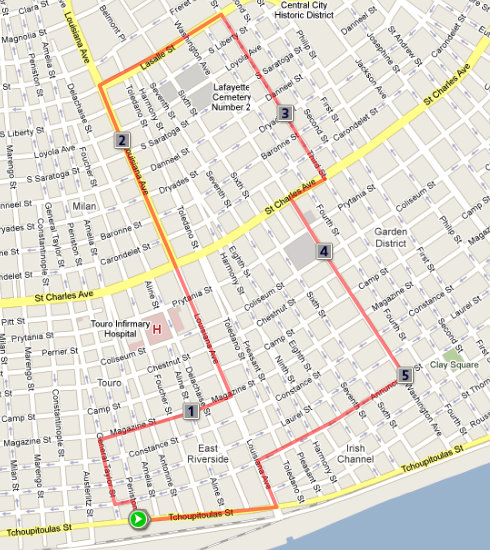 Stops include: Reesie’s Snowball Stand on Magazine (marked “1” on the map), Sandpiper Lounge (2) on Louisiana, Charlie Wright’s Watering Hole (3) in Central City, Commander’s Palace (4) in the Garden District and CTC Steppers (5) in the Irish Channel.

This year’s second line is dedicated “in memory of Dinneral Shavers, Brandon Franklin and all our departed Prince of Wales/Lady Wales,” according to the announcement.