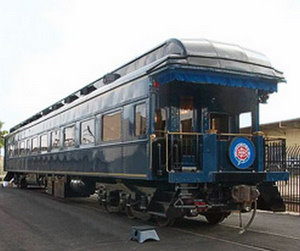 (Updated below: The city announced the names Wednesday of nine appointments to the board.)

As the city rebuilds its Public Belt Railroad board in the wake of recent scandals, the neighborhoods affected by the passing trains should have a voice in the board’s new structure, members of one Uptown neighborhood group decided Tuesday evening.

Most of the 14-member board of the city-owned railroad has resigned at the request of Mayor Mitch Landrieu after numerous reports of extravagant personal spending by former general manager Jim Bridger. Though board members have said they were unaware of any alleged misuse of public money by Bridger — the agency is self-supporting, receiving no tax money to oversee its 25 miles of track through the city but operating tax-free — almost all of them have acceded to Landrieu’s request for a clean slate.

Evan Plauche, an attorney and member of the Audubon-Riverside Neighborhood Association board, said quality-of-life issues posed by the railroad – whether by transporting hazardous materials or simply creating too much noise – are among the reasons he first became active in the association. Now, as the mayor seeks to fill the vacancies, is the perfect time for neighborhoods to seek a voice on the board, Plauche said.

“So if they say they are going to say run the trains 24 hours a day, 7 days a week through the switchyard, we can say maybe they should consider stopping at midnight,” Plauche said.

The railroad runs through a number of city neighborhoods, so association board member Tim Betbeze suggested that the seat could perhaps be filled by representatives from each on a rotating basis.

At the suggestion of Peggy Adams, association president Ray Cannata said he would contact Councilwoman Susan Guidry’s office to determine the most effective way of making a formal request to the mayor’s office. Cannata said after the meeting that his letter will have a more general tone, simply asking the city to give neighborhoods adjacent to the railroad a voice in its future.

UPDATE (10:01 a.m. Wednesday): According to an agenda sent this morning, the following nine appointments to the Public Belt Railroad board will be considered at a special 9 a.m. meeting of the city council.