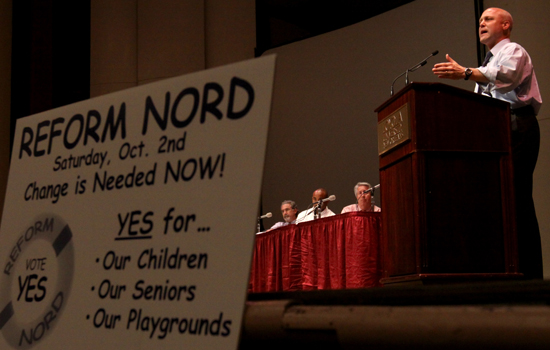 The reforms to the city’s recreation system on Saturday’s ballots are a crucial part of New Orleans’ recovery and the fight against street violence, Mayor Mitch Landrieu and other supporters of the plan said Wednesday night.

“We now have a level of violence on the street that’s unacceptable and unnatural,” Landrieu said at a panel discussion at Loyola University, arriving late after an anti-crime march near the Central City neighborhoods where a toddler was gunned down in crossfire this weekend. Reforming the New Orleans Recreation Department is a step toward giving other children a chance, he said.

“If the death of a 2-year-old child taking a bullet to the head does not galvanize the city of New Orleans, nothing will,” Landrieu said. 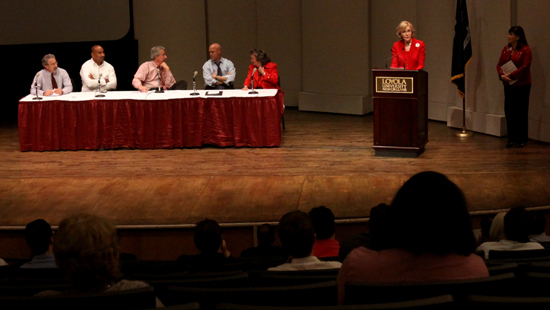 Panelists explain the reforms to the city's recreation department that will be on Saturday's ballot.

The proposed reforms would consolidate recreation programming and park management – currently under two different departments – into one independent commission, with the majority of its members appointed by city elected officials and administrators. It also creates a nonprofit foundation to raise money from private donors toward recreation programs.

The reforms’ intent, supporters say, is to reduce the disparity between well-funded parks paid for with donations from residents of wealthy neighborhoods versus poorly supported parks in poorer parts of the city. Right now, “there is no NORD,” they repeatedly said; every playground and every recreation program is run solely by local volunteers with no tangible support from the city.

The panel was organized and led by Council members Arnie Fielkow, Jacquelyn Clarkson and others sharing Landrieu’s opinion, but some questioners from the audience at Roussel Hall were more critical. Danatus King, president of the New Orleans branch of the NAACP, said residents are being asked again to trust a city that has repeatedly failed them and urged them to read the full NORD charter documents prior to Saturday’s election. Because the new fundraising foundation will be a nonprofit corporation rather than as a government board, it may have to meet in public, King said, but it will not be answerable to the public.

Click below to read live coverage of the evening’s discussion.