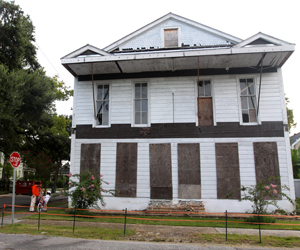 A large Uptown home that has been vacant since Hurricane Katrina will be demolished with enthusiastic approval from both its neighbors and the city after a brief hearing Tuesday afternoon.

The Neighborhood Conservation District Committee, which oversees demolition applications, granted its permission with no opposing votes for the adjoining properties at 1222 Leontine and 5338 Perrier streets to be torn down, after receiving assurances from owner Michael Whelan that he plans to build one home on the adjoining lots where the two structures now stand. The home will be about half the size of the larger structure now there, Whelan said, and he plans to keep it himself, “for my inlaws,” rather than rent it.

Two neighbors attended the hearing to support Whelan’s request. Neighbor Lindsey Rohm said replacing what had been a four-unit structure with one house will help with parking on the neighborhood’s crowded streets, and committee members reassured her that city zoning codes will prevent any other four-plex from replacing it. In fact, Whelan cannot even put properties on separate lots, they said – one house is all that’s going to be allowed. 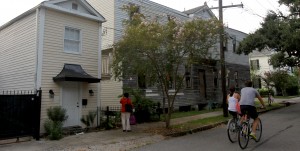 Larry Kurt, who lives across from the old house, noted that some of the Katrina-related damage has been repaired, but said most of the house has been stripped of most of its original architectural charms.

“I believe demolition is the best thing that could be done for the building,” Kurt said.

Whelan agreed. “The existing structure that’s there would be very difficult to reuse,” he said.