The one-story single-family home at the corner of Hollygrove Street and Earhart Boulevard caught fire shortly before 4 a.m., and was brought under control by 43 firefighters less than an hour later, according to our partners at WWL-TV. One firefighter injured his back but remained on duty. 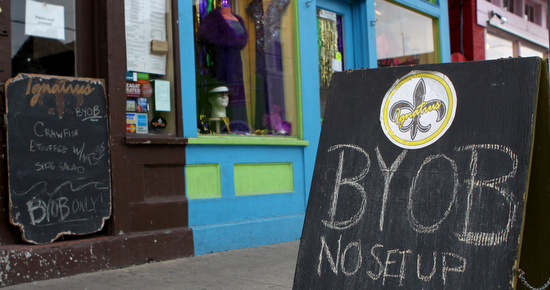 Jerry Roppolo, who owns Rue and its building, was poised earlier this year to get a liquor license for Ignatius Eatery up the street, but then withdrew after he was unable to reach an agreement with his landlord there. Based on a subsequent plan he presented this month to move Ignatius into Rue’s building, the City Planning Commission voted Tuesday to recommend Roppolo receive a conditional-use permit to sell alcohol in the building he owns, but Roppolo said any changes to either location are still a long way off. END_OF_DOCUMENT_TOKEN_TO_BE_REPLACED